Gunmen go on rampage in MoBay 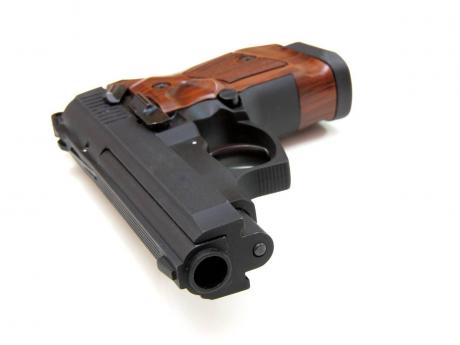 Two men were shot and killed, and two others injured after gunmen went on a shooting spree in two separate incidents in St James on Wednesday night.

The first incident occurred about 10:45 p.m., when Grigg, who was walking towards his home, was pounced upon by armed men, who opened fire hitting him multiple times.

As the gunmen made their escape in the area, one of Grigg's relatives, who heard the gunshots, went to investigate, and discovered him lying in a pool of blood.

The police were summoned and upon arrival, Grigg was taken to the Cornwall Regional Hospital, where he was pronounced dead.

The second incident occurred less than 30 minutes later, while lawmen were still processing the first scene. Gunshots were heard ringing out at a gambling shop in a section of the neighbouring community of Rose Heights.

The police rushed to the area and found Clarke and two other men suffering from gunshot wounds. The men were playing dominoes when two armed men travelling on a motorcycle rode to the community, and opened fire on a group of men.

Clarke and the other men were rushed to hospital, were he was pronounced dead, and the others admitted in serious condition.

One policeman told THE WEEKEND STAR that St James has seen a slight increase in murders in July, compared to recent months.

"It was only last Friday that a Green Pond High School student, identified as 14-year-old Javaun Stansbury, otherwise called 'Ricky', of Lime Tree Lane, and 22-year-old Kevin Madourie, otherwise called 'Wingy' of Hacka Lane, both in Norwood, were gunned down by armed men while at a hamburger shop in the community of Hendon, Norwood," the lawman said. "And prior to that incident, 57-year-old Stephen McPherson, an accountant of Bogue Heights, was gunned down outside his gate while in the process of stopping a group of men who tried to abduct his daughter."

The lawman added that July could be considered to be the bloodiest month since the coronavirus surfaced in Jamaica in March, with more than 10 murders, and several other persons being shot and injured.

Seventy-two persons have been murdered in St James since the start of 2020.