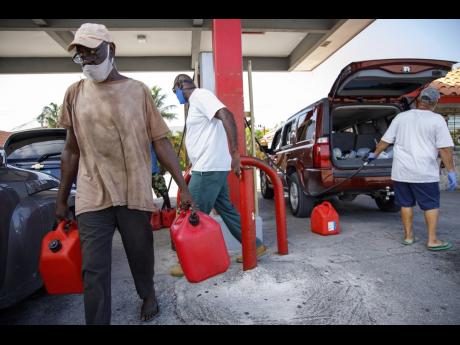 SAN JUAN, Puerto Rico (AP) — Hurricane Isaias snapped trees and knocked out power as it blew through the Bahamas on Saturday and headed toward the Florida coast, where officials said they were closing beaches, parks and coronavirus testing sites.

Florida authorities said they have prepared shelters, but didn’t expect to have to evacuate people.

“The most important thing we want people to do now is remain vigilant,” said Gov. Ron DeSantis.

Authorities in North Carolina ordered the evacuation of Ocracoke Island, which was slammed by last year’s Hurricane Dorian, starting Saturday evening. Meanwhile, officials in the Bahamas cleared people out of Abaco island who have been living in temporary structures since Dorian devastated the area, killing at least 70 people.

Isaias had maximum sustained winds of 80 miles per hour (130 kilometers per hours) at 11 a.m. Saturday morning, a slight decline from earlier in the day, the U.S. National Hurricane Center said. The center of the storm is expected to move over northern Andros Island in the next hours, on to Grand Bahama Island in the northwestern Bahamas later in the day then near the east coast of Florida overnight through Sunday. It is expected to weaken slowly late Monday.

A hurricane warning was in effect for northwest Bahamas. Isaias was expected to drop from 4 to 8 inches (10 to 20 centimeters) of rain in the Bahamas and the Turks and Caicos Islands.

Bahamian officials said they were concerned about a Category 1 storm hitting amid the coronavirus pandemic.

“The center of COVID-19 now is in Grand Bahama,” the island’s minister, Sen. Kwasi Thompson, told government-run ZNS Bahamas. “No one wanted to see a situation where we are now facing a hurricane.”