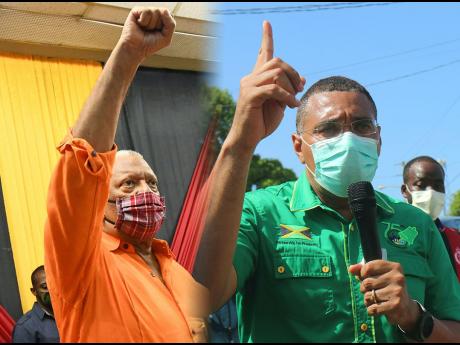 Jamaicans will go to the polls on Thursday, September 3, 2020, to vote in the country's 18th general election.  Nomination Day will be Tuesday, August 18.

Prime Minister Andrew Holness, whose governing Jamaica Labour Party (JLP) is seeking a second term in office, made the announcement in Parliament on Tuesday, August 11.

"This government is not unmindful of the public debate that has surrounded the calling of an election. This Government believes firmly in modernising the institution of our democracy. In calling the election at this time, this Government is not being unusual in practice," Holness said.

He added: "I have no doubt that under this administration in partnership with the people of Jamaica, we will achieve the prosperity that we all want to see".

The elections are being held at a time when Jamaica is seeing a rise in COVID-19 cases, which could impact voter turnout.

Both parties are expected to field a full slate of 63 communities while the newly formed Jamaica Progressive Party could have candidates in two-thirds of the seats.

Nearly a quarter of the persons seeking election are women, among them being Buju Banton's daughter Jody-Ann Myrie.  She is set to face off against the leader of the People National Party (PNP), Dr Peter Phillips.

PNP President Dr Peter Phillips, on Sunday said he was satisfied with the party’s state of readiness for the impending polls and that his team had a clear idea of what was required for the party to upset the JLP at the polls.

“We have a strategy to hold our seats and to take those which we have targeted, studied and have identified. So we have an objective,” Phillips said. “We think we have some in western Jamaica that we are going to take.”

In the meantime, the Electoral Office of Jamaica (EOJ) says it is implementing new measures at polling stations to curb the spread of COVID-19.

Jamaicans gearing up to cast their ballot are being urged to wear masks when they vote on election day, but Director of Elections Glasspole Brown said that those in breach will not be turned away from polling stations. EOJ says it will also be assigning a COVID clean team to ensure that electors sanitise before dipping their fingers in the ink on election day.