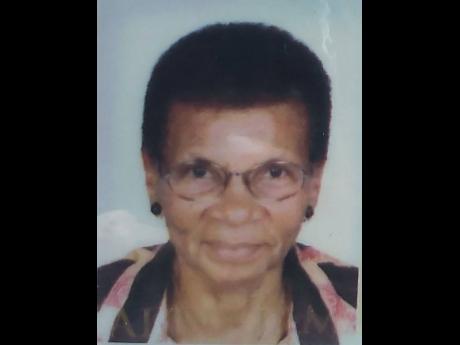 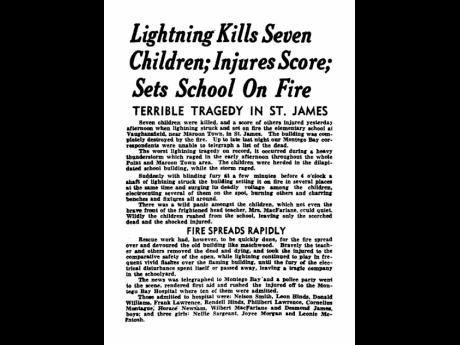 At age 14, Hazel Scott experienced what has been dubbed 'The 1943 lightning tragedy'. It was a strike that claimed the lives of seven students at Vaughans Field Elementary School in Flamstead, St James. On August 25 of that year, a bolt of lightning had struck an old church hall in which younger students were being taught. Scott, now 91, remembers the tragic incident as though it was just yesterday.

"We saw all the little ones running down ... . Children running in the pouring rain and teachers running for their lives. And when we looked up, we saw the smoke. It was really tragic. Somebody ran out of the building and said, 'Dem dead teacher, dem dead!' Scott recalled to THE STAR.

Scott, who recalled that she was inside one of the two buildings, said the moment felt like an eternity of chaos and terror.

"We were all terrified, 13 students ... . Three girls like me had to be admitted to the Montego Bay Hospital," she said.

"I attended school, but it was two buildings. They (the victims) were in the building that was destroyed. It was an old mission house for the church. Mr Scott, a teacher, went in and got out the dead ones and tried to save students before the building collapsed."

"I remember how Mr Scott threw off his coat and called some bigger boys, and they ran into the building to save the students who were crying out for help. We were on the same premises but in the church building that housed fourth class up to sixth class. It was just very sad," she said.

Scott says that every year, on the anniversary of the incident, her mind takes her back to that gruesome day at school.

"Although it happened 77 years ago, we still have some very serious thoughts about it ... remembering what it was like. When the time comes around and we remember, it's tragic. Because it happened so long ago, I am sharing this story so younger people can know what can happen when lightning strikes," she explained.

Three years after the incident, a new building was erected opposite the building that was struck. Being outside of that death-stained building conciliated the traumatised students who survived.

"In 1946, they were able to put up a nice building across the road to house everybody, so we didn't have to be in the church building or in any of those building anymore," said Scott.

On September 9, a 14-year-old, Ricardo Fisher, and a 30-year-old, Sheldon Caine, were fatally struck by lightning while they were picking pears in Kensham, St Elizabeth. The incident occurred about 3 p.m.

"When I heard about the two people who died recently, everything came back to me and I just found myself crying," Scott said.