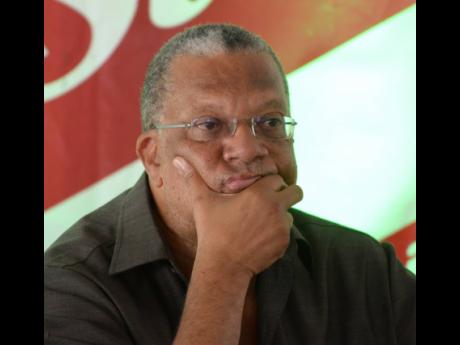 The People's National Party (PNP) has begun a process of seeking to identify and agree on a person who should become the new president of the party.

The current leader, Dr Peter Phillips, announced that he would be stepping away from the position after he led the party to a bruising defeat at the hands of Andrew Holness's Jamaica Labour Party (JLP) in the recent general elections.

"The party's executive was informed that efforts have commenced to determine if a consensus can be reached regarding the position of leader. If this is not achieved, the matter will be brought to the next National Executive Council (NEC) meeting scheduled for September 27," general secretary Julian Robinson said in a statement yesterday.

The party's parliamentary group has decided to keep Phillips as Leader of Opposition until his successor is in place. With several names being floated as possible successors, it is likely that the PNP may be unable to determine a president by consensus and will have to rely on a vote at a run-off.

The task of selecting Phillips' successor has become more difficult for the PNP as the man who was seen as next in line, Peter Bunting, was defeated in his bid for a fourth term as member of parliament for Manchester Central. Another vice-president, Dr Wykeham McNeill, seen by many as a potential leader, lost Westmoreland Western, a seat that was considered safe PNP territory. The party's other vice-presidents are Damion Crawford, Phillip Paulwell and Mikael Phillips.