20 pounds of ganja seized in St.James 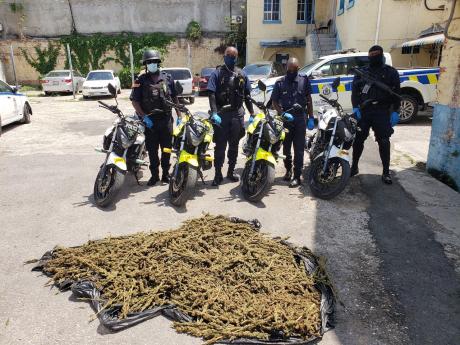 A quick response operation carried out by members of the St. James Quick Response team in the parish’s capital on Wednesday, resulted in the seizure of 20 pounds of ganja.

The operation, which occurred between 8 a.m. and 11a.m., in areas such as St. James Street, King Street, Barnett Lane and West Green, among other communities, was geared at the apprehension of wanted persons, seizure of illegal drugs and substances, along with other breaches.

Police reports are that during the operation four vehicular check points were carried out, and 17 tickets were issued for breaches under the Road Traffic Act.

Additionally, one man was arrested after he was held with an offensive weapon.

The police continue to urge business operators, to contact the police if they observe illegal or suspicious activities within their area.