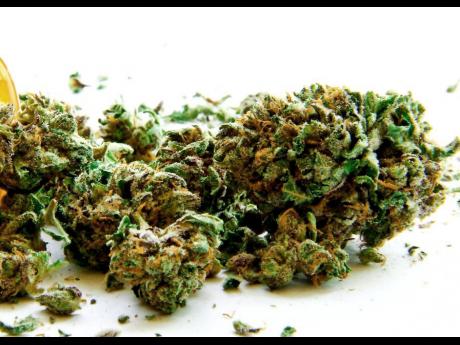 Four men are now in custody following the seizure of over 1000 pounds of marijuana by the Area One Narcotics Division, during an operation in Barrett Hall, St. James on Wednesday, September 30.

Police reports are that about 12:05 p.m., lawmen were in the area when they saw a group of men aboard a Peterbilt motor truck, and a Nissan Vanette motor car, who aroused their suspicion.

On seeing the police, some of the men ran leaving the vehicles behind.

Four of the men were accosted, searched and closer inspection of the vehicles revealed thirty one knitted bags with ganja, weighing over 1000 pounds was found concealed beneath stones and other materials inside the back of the truck.

Both vehicles were also seized.

Police say the illicit drug has an estimated street value at 4 million JMD.

The identities of the men are being withheld pending further investigation.