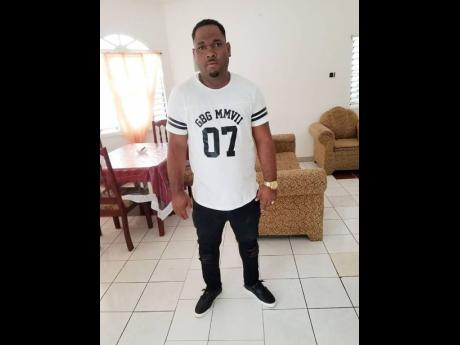 "Just give me my brother's body so my family and I can get closure." These are the words of Rohan Bowen, twin of Ryon Bowen, who has disappeared without a trace close to six weeks ago.

Rohan, speaking with THE STAR yesterday, believes the chances of finding the 30-year-old taxi driver alive are slim, but the family will not rest until they get closure.

"We have basically prepared for the worst, because if my twin is found alive, it would be a miracle. I am not going to lie to myself, because this is Jamaica and we hardly ever see anyone go missing for that long and is found breathing; so if he is dead, just let us know where his remains are, please," Rohan said.

Ryon, who operated a taxi from Montego Bay, St James, to Hanover, was last seen on August 26 after he got a charter from a woman who promised him a big pay day if he took her to Falmouth, Trelawny.

"There has been a hole in my stomach since my brother went missing and it will not be filled. Even before he was considered a missing person I knew something was wrong. Its like a twin instinct. Even before it reached 24 hours, I told my mother to report him missing because this was not my brother's type of behaviour," he said.

"It has been really rough on his family. My brother is gone leaving five children, and we are here trying to get them ready for back to school and all of that. The children are really stressed and even the little ones, who don't fully understand what is going on, keep asking when their father is coming home, and we really don't know what to tell them," he added.

Rohan said he does not understand why anyone would want to harm his sibling as he did not have any known enemies, nor was he involved in any wrongdoing.

The family is offering a $500,000 reward for information leading to the discovery of Ryon Bowen, or his remains.

"I will not stop until I find out what happened to Ryon. This is not a nine-day thing that I am going to sweep under the carpet. The best thing you can do to get me to ease the pressure off a bit is to give me my brother's body. I will keep looking, and if I have to put my reward to a million dollars, I will," Rohan said.