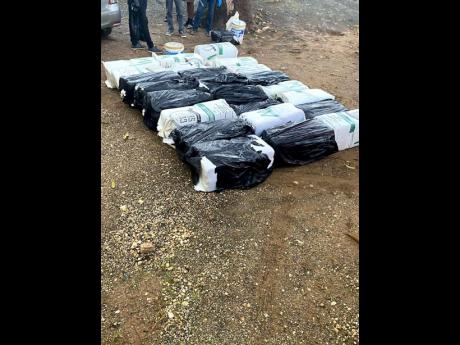 The compressed ganja seized in the vehicle being driven by the soldiers. 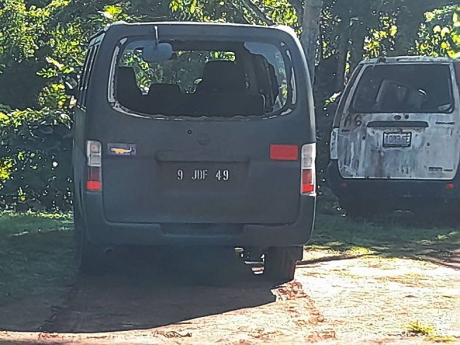 This Jamaica Defence Force service vehicle was damaged during the shootout.
1
2

Two members of the Jamaica Defence Force (JDF) who were caught transporting compressing ganja on Tuesday night in St Elizabeth were being paid to do so by a drug kingpin according to a police source.

"We have learnt that the soldiers were allegedly paid to transport the drug by a drug kingpin in the area, and we are now carrying out investigations into these allegations," the source said.

"So far we have one particular individual under our radar, and at the end of our investigations, and the questioning of these soldiers, this individual may also be taken into custody."

In a statement, the JDF said a joint police/military team went to Gutters, St Elizabeth, to intercept the soldiers who were suspected of carrying a quantity of marijuana.

Reports from the St Elizabeth police are that shortly after 9 on Tuesday night, a team of officers attached to the Vineyard Police Station were on patrol along a section of the Gutters main road, when they intercepted a JDF service vehicle, which was suspected to be transporting a quantity of compressed ganja.

The driver of the vehicle was ordered to stop but he sped away and reportedly opened fire on the police team.

The lawmen gave chase and returned the fire, resulting in a high speed chase and a heated gun battle. The soldiers eventually came to a stop, and engaged the officers in a stand-off, during which the JDF service vehicle was severely damaged by bullets.

The soldiers were then ordered to surrender but they refused. The police called in other soldiers from Paradise Park, who drove to the location and and demanded that their colleagues surrender and hand over their weapons. They complied and were arrested. A search of the vehicle led to the seizure of the compressed ganja weighing approximately 1,500 pounds.

The two corporals are reportedly based at the Paradise Park Operating Base in Westmoreland.