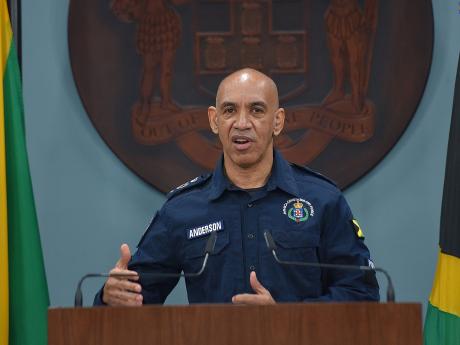 Police tracking of persons who were released from detention when the States of Public Emergency (SOE) were lifted on August 17, has found that many of them have been involved in major crimes.

Commissioner of Police, Major General Antony Anderson, made the disclosure at a virtual press conference on Thursday, October 15.

He said that between 220 and 240 persons were detained under the SOE.

The Police Commissioner said since their release, 57 of these persons have come to the attention of law enforcement.

Major Anderson said of that number, five of the persons have been killed – four in confrontations with other gangsters and one in a fatal shooting involving the police; three have been shot and injured in gang conflicts; and 16 persons are suspected of murder since their release, including two double murders and two murder/shootings.

In addition, nine are shooting suspects, of which four have been re-arrested; five have been involved in robberies and 19 have come to law enforcements’ attention once again based on intelligence and their history of influencing violence in the communities they are in.

“With this information and intelligence we have been getting, we are moving to make the cases to move to arrest them when they are at large, and bringing them back into custody as soon as possible. We track [these persons] because we want to make sure when we are detaining, we are detaining the right people. We are reasonably satisfied that is the case,” Commissioner Anderson said.