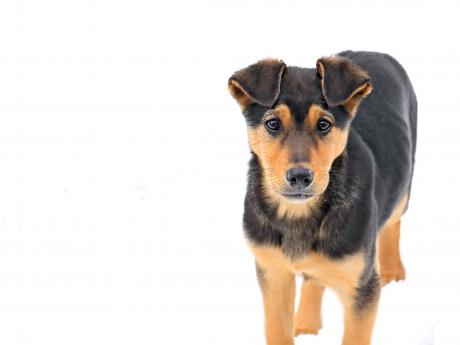 A St Catherine man, annoyed by endless barking, has been charged with cruelty to an animal for allegedly stabbing his neighbour's dog repeatedly.

The distressed cries of the mongrel, named Frisky, reportedly awakened its owner about 5 a.m. on September 20 in 6 East, Greater Portmore.

When the complainant made checks where Frisky was tied, he allegedly saw the accused, Shaquille Bennett, a 29-year-old labourer, using a knife to stab the animal repeatedly.

The complainant sounded an alarm and the accused climbed over the fence and proceeded home.

Frisky was stabbed four times in its face and once in the chest.

The dog, which was said to be a noise nuisance, according to the accused, was taken for medical attention.

A report was made at the 'Hundred Man' Police Station in Greater Portmore. An investigation was launched, following which Bennett was taken into custody.

Bennett was subsequently charged with cruelty to an animal and granted $50,000 station bail. He is booked to appear in the St Catherine Parish Court on October 20.