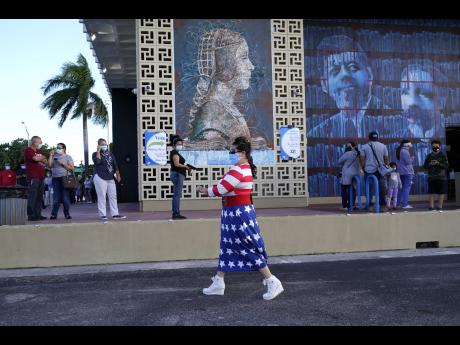 Yanitza Martinez wears red, white, and blue as she arrives to vote outside of the John F. Kennedy Library during the general election, Tuesday, Nov. 3, 2020, in Hialeah, Fla. (AP Photo/Lynne Sladky) 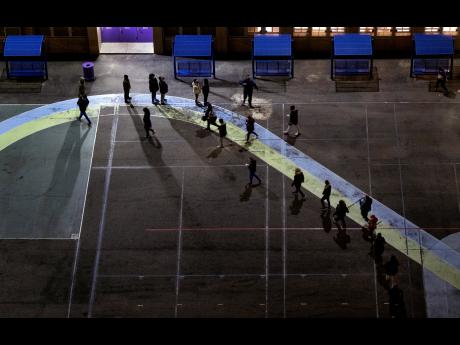 People line up on a playground before the door of a polling place opened at an elementary school in the Manhattan borough in New York Tuesday, Nov. 3, 2020. (AP Photo/Craig Ruttle) 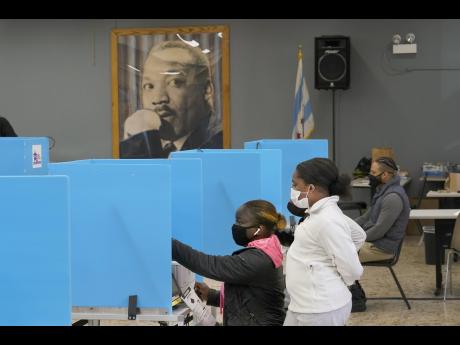 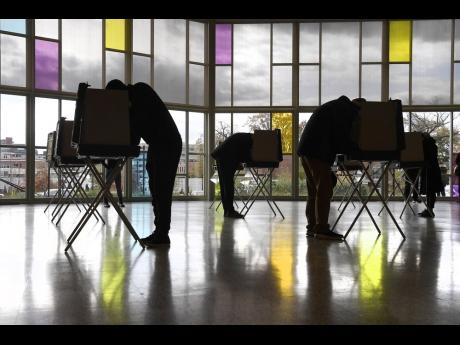 (AP) - Americans are choosing between President Donald Trump and Democratic challenger Joe Biden in what many are calling the most consequential presidential election in a lifetime, with the balloting shadowed by the coronavirus outbreak, economic downturn, racial tension and a sense that the future of democracy itself is at stake.

Voters flocked to polling places around the country before sunrise to cast their ballots on Election Day.

They stood at a safe distance from one another in lines that snaked around schools, stadiums and churches.

Because of the huge volume of mail-in votes, the outcome may not be known for days or even weeks and could wind up in in court.

In downtowns ranging from New York to Denver to Minneapolis, workers boarded up businesses lest the vote, or uncertainty about the winner, lead to unrest of the sort that broke out earlier this year amid protests over racial inequality.

Associated Press photographers fanned out across the U.S. to capture voting on Election Day.