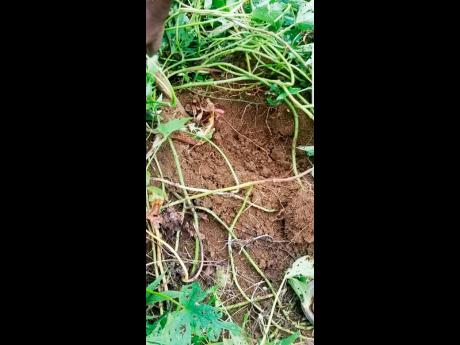 A section of Sherka Braham’s farm which was hit hard by thieves. 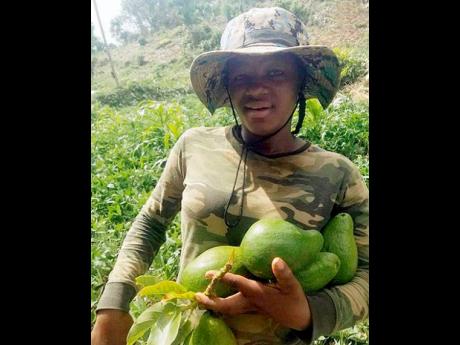 Sherka Braham, a St Elizabeth farmer who was getting ready to reap the benefits of her months of hard labour, now has nothing to look forward to for Christmas.

Braham's farm in Woodland district was raided by thieves who escaped with more than J$70,000 worth of produce.

"I'm out there for three months toiling, spending on my crops and making plans for my money. Then when it finally comes in, someone else reap it without my consent. It really hurts and it is a big setback," Braham told THE STAR.

The 25-year-old single mother of two, who has been farming since she was a teenager, revealed that the thieves preyed on her for a two-week period.

"They took stuff from me two weeks in a row but the first time I didn't take it so seriously," she said. "The second time around they harvest all the sweet pepper. Only thing I got from it was a quarter bucket and I use it to cook and give some to my family. They did not reap all the sweet potato, but they got a good amount. And when I think about the price for the produce at the market, it stressing."

She added, "Most of us farmers are single moms and we have a family to maintain and children looking up to us. My family is waiting for me to come through with whatever I'm doing, so if I lose with my farming I lose at home also."

Braham publicised her ordeal in a video on social media days ago, and persons not only sent words of encouragement, some opted to contribute.

"I feel great because I did not expect this. I just made my video because I was hurt and wanting persons to know what is going on out there," she said. "When it just happened, I had a serious breakdown because I was like what is the sense of doing something more when it is not for my benefit. I'm better now though after talking to a few persons and seeing all the love from all over. I decided to give it another shot."

Meanwhile, Braham is pleading for more drastic measures for those guilty of praedial larceny.