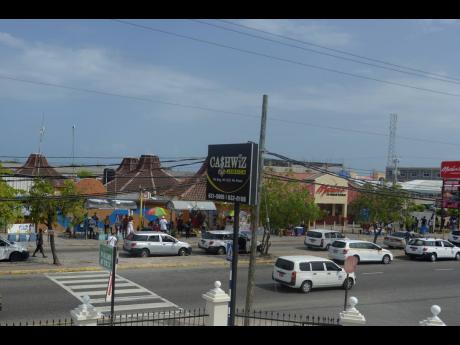 A view of Portmore Mall, located in the heart of the Sunshine City.

South Central St Catherine Member of Parliament Dr Andrew Wheatley will chair a joint select committee of Parliament that is being set up to consider a proposed law aimed at making Portmore Jamaica's 15th parish.

The first step to granting parish status to Portmore was taken yesterday with the tabling of a motion in Parliament by Local Government Minister Desmond McKenzie.

He said that there are "economic, social and cultural benefits and potential for generating revenue with Portmore becoming a parish".

The committee includes the three members of parliament whose constituencies are in Portmore - Robert Miller, Fitz Jackson and Alando Terrelonge - as well as Delroy Chuck, Marlene Malahoo Forte, Everald Warmington, Homer Davis and Denise Daley. They will sit jointly with a team to be selected by the Senate.

The Governing Jamaica Labour Party has long championed the push for Portmore to become a parish, and the party made it a commitment in its recent election manifesto.

In 2014, Andrew Holness, who was then the leader of the Opposition, said that "Portmore is too large and too important a population centre. Portmore deserves the consideration to become a parish with its own resources, going through its own council, that it can make its own true development plan."