Driving to nowhere - Airport taxis, wharf rides under water as business dries up 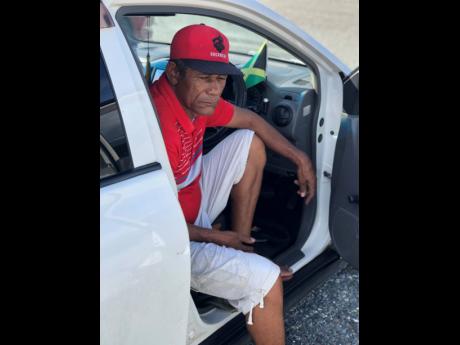 Richard Murray is among the drivers severely affected by the decline in air travel as a result of COVID-19. 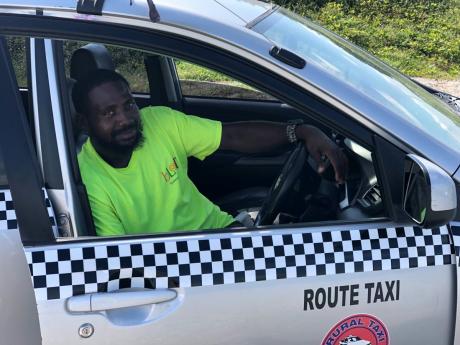 Pibba says it has become difficult to secure charter from passengers travelling to and from the Norman Manley International Airport. 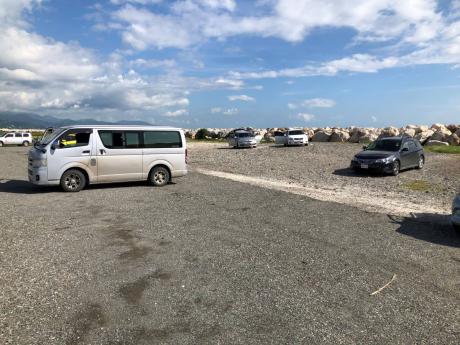 Vehicles parked on the Palasados strip by drivers, some of whom are hoping for an opportunity to earn some cash.
1
2
3

Travelling to the Norman Manley International Airport, persons would often see numerous vehicles parked along the Palisadoes strip, awaiting incoming flights. Prior to the COVID-19 pandemic, these drivers were making thousands of dollars daily on multiple trips back and forth, especially during the Christmas season. But as a result of reduced travelling and flight restrictions in some countries, they are now experiencing a lean season, like no other.

A 35-year-old driver, who goes by the name Pibba, told THE STAR that he has only 'ate a food twice' from airport work since the pandemic.

"This a the second time from COVID come in that me get a airport work. Two time alone. One time me in and out a airport," he said.

"When me come here, a usually because somebody request me, so it's a specific. The thing is, nobody nah request service now because nobody nah travel."

The cabbie said that before COVID, he found himself making back-to-back unplanned trips, transporting both tourists and returning residents.

"It less [now] because normally, me woulda all pick up and gone already. Me wouldn't affi a wait. Things stay a way right now."

Pibba is not alone in the struggle. Richard Murray normally makes a living transporting goods such as barrels and crates from the Kingston Wharves Limited. He has been doing this for over 10 years, and the Christmas season is normally bountiful. However, due to the COVID pandemic, it's now 'tamarind season'.

"One time you would a hear a man a seh him have a two barrel pon the wharf fi pick up. Since COVID, me affi start jump round and do some taxi work. We nah get nuh work like one time. Everything slow up and we nuh know wah a guh gwane because Christmas a come up now," Murray told THE STAR.

Murray said that many of the persons returning from oversees have decided to bypass taxi operators, opting instead to rely on family members for pickup and drop-offs.

"People fraid a COVID too, so dem woulda prefer a family member pick dem up or collect whatever them have a wharf. A just because a how COVID a gwane. But we affi give thanks still," he said.

Jermaine has seen a similar development.

"You know how much money me lose! Nuff vendors a town use me fi pick up dem goods. But nobody nah buy nothing! Usually dem reach out already, but me nuh hear nothing," Jermaine said.

"A just sufferation fi we. Nobody nah call you fi pick up nothing a wharf fi yuh if dem nuh know yuh. Dem nuh know which man have COVID suh yuh caa too wrong dem deh suh. But our business under water now... We a fight fi nuh drown," he stressed.