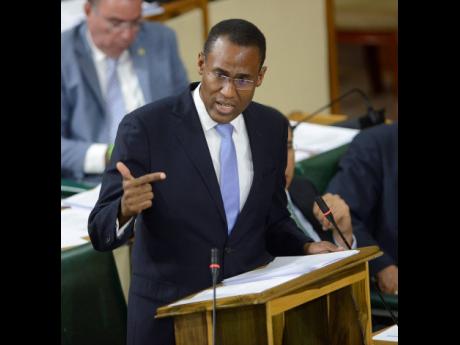 The National Housing Trust (NHT), an entity established to make the dream of home ownership easier for Jamaicans, is being raided again by the Government which is seeking to extract $57 billion to help the country weather the COVID-induced economic storms.

Since 2013, the government has been taking $11.4 billion per year from the NHT to help run the country's affairs. Finance Minister Dr Nigel Clarke said that withdrawal arrangements would have ended next March, but would be extended for the multi-billion withdrawal over the next five years.

"Given the economic impact of the pandemic, inclusive of the fall in revenues, the contraction in GDP (gross domestic product), the anticipated rise in debt to GDP, and given the forecast that annual economic output in real terms may not attain pre-COVID levels before 2024/25, now is not the time to have the NHT annual contribution expired," Clarke said.

Government revenues are 17 per cent or $60 billion less than last fiscal year, and the economy has shrunk by 10 per cent.

Clarke said that the withdrawal of the funds from the NHT would not impair the ability of the Trust to deliver affordable housing to Jamaicans.

"Our biggest challenge in satisfying housing demand is not due to the annual contribution by the NHT to the government, but rather it is that for complexed reasons, the supply or production of affordable homes is very limited despite the demand," Clarke said.