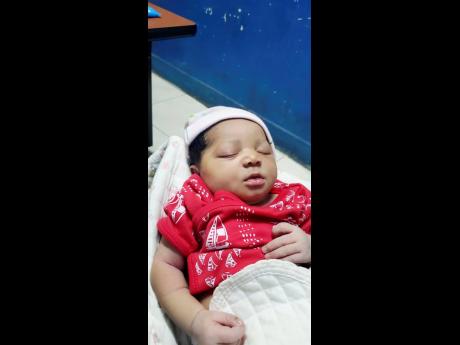 Police have found a 20-year-old Spanish Town woman who is believed to be the mother of the newborn baby girl who was found abandoned in the Oxford Mall Arcade in downtown Kingston on Monday, December 14.

Senior Superintendent of Police Stephanie Lindsay, who heads the police's Corporate Communications Unit, says if the woman is the baby's mother, she could possibly face some charges.

"She was identified, so the police are now awaiting DNA and information to determine whether or not she is the rightful mother, and then they will continue with further investigations," Lindsay told THE WEEKEND STAR. "We don't know yet (about charges) and I don't want to preempt the investigation because we have to take all the variables into consideration. She could be charged for something and we doubt she will be going before the court, but the charges could vary. We don't know what the likely charges are as yet."

Woman is not in custody

Dahlia Garrick, deputy superintendent of police, said the woman is not in custody.

"No one is in custody and in such cases, it's not something that we would take someone into custody over. In terms of the psychological and other emotional support, it would be dealt with through CPFSA (Child Protection and Family Services Agency)," she said.

The baby was found by a homeless man some time after 7 p.m. The police were summoned and the child was taken to the Bustamante Hospital for Children. The baby has been the topic of discussion of social media for the past few days with many persons even showing an interest in adopting her.

Since then, the Kingston West police have been working to find her parents.