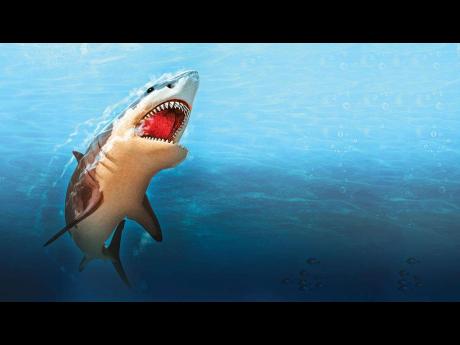 The warning also came on the heels of recent shark attacks in St. Martin and St Kitts and Nevis.

“There has been an increase in the number of sharks sighted around the Eastern Caribbean waters, and some species which are rarely found in our region. As such, the Fisheries Division is appealing to the public, especially those who use the marine environment for water-sports and other recreational activities to be vigilant,” the government statement read.

“Please be alert when venturing into the sea and pay attention to the times of sea bathing and swimming. Individuals should not go out alone. Fishermen should ensure that all required navigation and communication devices are available and functional during fishing expeditions.”

The victim, a French woman who was on sabbatical in the French overseas territory, had her leg torn off in the attack that happened about 500 feet from shore.

St Martin government’s spokesman Alain Rioual said it was the first report of a fatal shark attack in the territory’s recent history.

After the incident, the government announced a 48-hour ban on swimming and any kind of water sports at the island’s beaches.

More recently, there was a non-fatal shark attack near Booby Island in the channel between St Kitts and Nevis a few days ago.

A female student attending Ross University School of Veterinary Medicine in St. Kitts had to undergo emergency surgery after being attacked while swimming and kayaking. The other student was unharmed.

Director of St Kitts and Nevis Marine Resources Marc Williams said the Marine Resources Department has asked doctors attending to the injured student to take a DNA swab from her injured leg in order to identify the type of shark that bit her, to see if it was the same species that killed the female tourist in December.