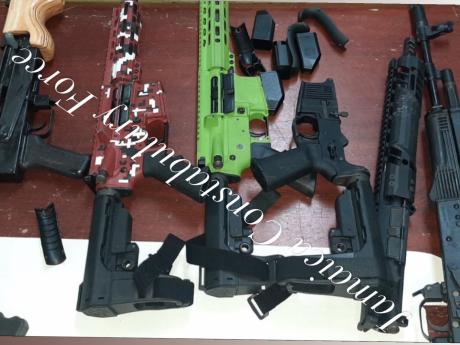 There has been another major gun bust at the wharf in St James.

According to the Jamaica Constabulary Force (JCF), 19 firearms, including six high powered rifles, and just over 470 assorted rounds of ammunition were seized.

JCF says there is now a major multi-agency investigation underway as the police seek to identify the persons responsible.