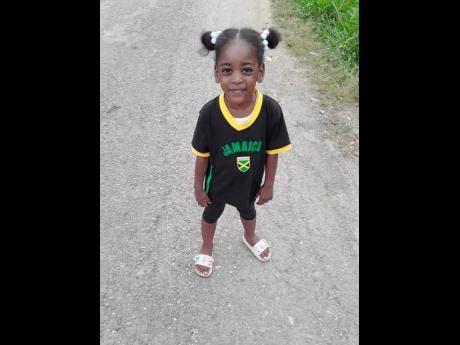 Prime Minister Andrew Holness says he was heartbroken to learn of the death of a four-year-old little girl, Chloe Brown who was tragically caught in a dispute between adults.

“As a father I was crushed by the news of the death of this innocent child. She went to bed, in a place where she was supposed to be most protected and devastatingly, that is where she lost her life.”

The Prime Minister says Chloe’s death at her Freeman’s Hall home in Trelawny must be strongly condemned even as he called on Jamaicans to use mediation and dispute resolution platforms to handle disagreements without resorting to violence and force.

He noted that Chloe’s death was the result of a family dispute and could have been avoided had the parties sought to resolve their grievance through the appropriate channels.

The Prime Minister says the level of violence in Jamaica is alarmingly high and is stunting the growth and development of our country.

“Violence is literally robbing us of a peaceful and prosperous existence. Chloe represented all that was good and pure and innocent about our nation and in a moment, her little life, full of promise was cut short.”

The Prime Minister went further to say that Jamaica must conquer the scourge of violence in our society.

“We must find peaceful and practical ways of resolving our conflicts. As a people it is natural that we will have disagreements, but we must rise above the impulse to respond with force. We are not animals in the wild, we are civilised people. We must do better. We are killing off our children and ourselves. We are living under a cloud of fear and sadness; this is unacceptable for a modern and progressive society.”

The Prime Minister said, “Our little island home is beset with pain and grief with the senseless killing and violent injury we perpetrate against each other. Just recently a grandmother and her young grandchildren were brutally murdered. We cannot become desensitised to the pain, suffering and bloodshed our country is experiencing. We must be so appalled that we must take action to end violence once and for all.”

Prime Minister Holness says the Government is doing everything to bring the level of violence down, but he says the problem cannot be solved through policing alone. He says there has to be a fundamental shift in how we interface with each other. “Our churches will have to do more, our mediation centres, our guidance councillors, our community leaders, our entertainers, our parents; we all have to do more to change the culture of violence that is often on display in our country.”

At a recently held ‘Heal the Family, Heal the Nation’ convention, the Prime Minister spoke to the need for a change in the ‘heartware’ of the men and women of Jamaica to address the issue of societal violence.

The Prime Minister questioned, “what is happening to our people and their hearts that a family cannot find it within themselves to settle their disputes without acts of violence toward a member of their own family?”

He says now is the time to stand in unity against the dreadful effects of violence. “Last year, I launched the National Violence Prevention Commission chaired by Professor Maureen Samms-Vaughan, which should outline strategies to decisively address Jamaica’s violence problem which feeds into crime; I look forward to the report of the Commission as we resolve to end violence.

The Prime Minister offered his sincere condolences to the family of Chloe Brown in their time of unimaginable grief.