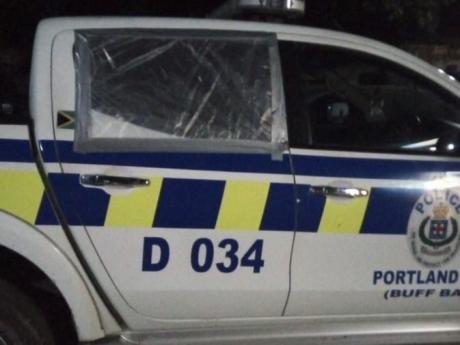 A police service vehicle was vandalised over the weekend after officers attempted to shutdown an illegal party in Manchioneal, Portland.

According to the Jamaica Constabulary Force, on January 10, over 150 persons were in attendance at the event after the 10 p.m night curfew.

The vehicle was found vandalised shortly after.

The JCF did not disclose if any arrests were made.