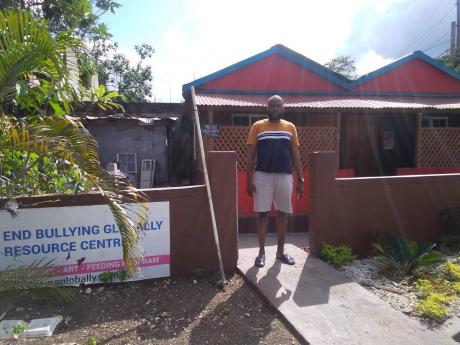 More than 60 children from inner-city communities in and around Montego Bay, St James, are likely to be left out in the cold when the Le Antonio's Foundation and Resources Centre closes its doors.

Antonio McKoy, CEO of the centre, said that an astronomical increase in the cost to rent the property that houses its facilities has left them no choice but to shut down.

The Le Antonio's Foundation and Resources Centre, which has been in existence since 2014, has helped with the educational development of children from the troubled communities in and around Montego Bay.

"My joy is to help and serve children but I have now hit a stone wall when I am being asked to pay this level of increase ... We are a charitable organisation and we were already struggling with the large amount of students who enrolled at the centre, but we kept on going," McKoy said.

The centre relocated to Railway Lane from Barnett Lane in 2017 after the owner of the building where it operated indicated that he needed the space.

McKoy told THE STAR that he spent funds to renovate the current space. Now, with the landlords requesting additional rent, he needs a miracle.

"I would like to assist the children but I am now forced to move out all the furniture, send home my four staff members, and hand over the keys to the landlord," he said.

The possibility of closure is hard for Angella Dixon to ponder. "Right now I don't know what to do, I feel like a fish outa water," said Dixon, who was told of the closure on Monday when she dropped off her two children.

She said that since COVID-19 caused massive displacement in people's lives, the centre has proven to be a strong pillar for education and development of children.