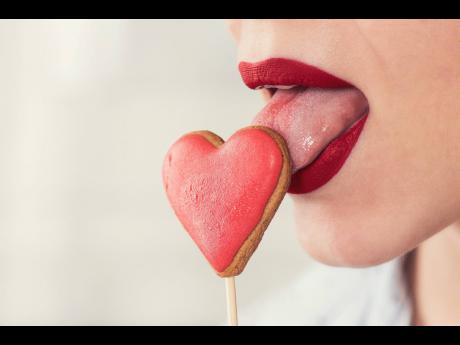 A new study has found that behaviours surrounding oral sex may increase the risk of cancer in the mouth and throat. The ground-breaking research, which has been published in the medical journal, Cancer, found among other things that the risk of throat cancer was significantly higher among people who began having oral sex before age 18.

Reacting to the study, Dr Michael Abrahams, a well-known gynaecologist, says persons should not be deterred from practising oral sex but to rather make informed decisions before doing so.

"Persons have to be mindful of what the risks are and know that if they have oral sex with a lot of persons, their risk is greater of getting mouth or throat cancer. It doesn't mean oral sex should be out of the picture because penile and vaginal sex can also lead to cervical cancer," he told THE WEEKEND STAR.

The researchers said that a number of oral sex partners remain a strong risk factor for human papillomavirus-related oropharyngeal cancer (HPV-OPC). They surmised that changing behavioural norms have caused a shift toward an earlier age of sexual debut, and "younger generations are more likely to perform oral sex at sexual debut". They said that earlier age of oral sex may increase odds of HPV-OPC.

Abrahams noted that the penis is a vector of the virus and once the male genital has entered the mouth or vagina it is possible for transmission to take place.

"If a woman or man has had multiple partners her risk is increased as it compares to someone who has one partner. Women who are virgins are very unlikely to have cancer of the cervix because their exposure to HPV is very limited, same with persons who are not giving oral sex to too many persons getting throat or mouth cancer is limited," he told THE WEEKEND STAR. "Oral sex is not worse than any other sex but, the less partner the less risks."