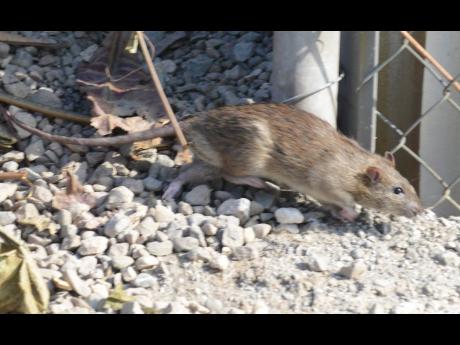 Investigations have confirmed that rats have infested sections of Spanish Town and other sections of St Catherine.

This was confirmed by Chief Public Health Inspector for St Catherine, Grayson Hutchinson, who told the monthly general meeting of the St Catherine Municipal Corporation on Thursday that work was being done to address the issue.

"We need to get the business community, the municipal corporation and the National Solid Waste Management Authority on board as more awareness can help to prevent the potential danger that can occur," Hutchinson said. He explained that the improper disposal of garbage, especially excess food, in the town has brought out the rodents.

Hutchinson said that the rats' urine can spread the deadly leptospirosis disease, so there is an urgent need for a massive clean up. He said that a recent market visit revealed that all garbage skips were overflowing, which indicated infrequent pick up by trucks. Hutchinson called for more education for the public about proper disposal of refuse.

Meanwhile, chairman of the municipal corporation Norman Scott as well as other members said that the matter is of great importance, and promised a working partnership would be forged to deal with the rats.