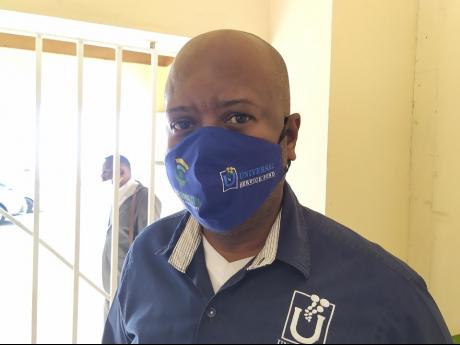 Following the monthly meeting of the St Elizabeth Municipal Corporation in Black River on January 14, USF’s Director of Projects, Kwan Wilson and a team went on a tour of the town centre, where the public Wi-Fi is to be implemented.

Wilson said that in addition to setting up the public Wi-Fi, the entity will also be running some fibre-optic cable to connect several Government institutions such as the police station, hospital and the Municipal Corporation.

“We know that internet facility is a bridge that allows persons to communicate but it also drives growth in any area that it is located,” Wilson said.

“We know that the parish of St Elizabeth and the town of Black River is not developed in terms of the access that it should have. Therefore, the USF is doing its mandate in terms of bridging that gap by implementing both broadband access and free Wi-Fi,” he added.

Wilson stated that the overall project in Black River will take approximately four months. He outlined that the scoping work will take a month to be completed, before going to tender, after which the project will be implemented.

The USF has already launched public Wi-Fi across 13 town centres in the country such as those in Montego Bay, Ocho Rios, Port Antonio, Mandeville and Kingston and St Andrew.

“We also have a similar [public Wi-Fi] facility in Junction, St. Elizabeth [and] we are also looking to expand that facility. Right now it is just covering the taxi park but we want to add additional facility. We want to connect the police station, library and post office,” Wilson explained.

“So we will have the area where persons can sit and utilise the free Wi-Fi, but also if you are traversing in the town you will be able to get some quick access to the internet,” he added.

He further stated that more areas across Jamaica will be covered in the upcoming 2021/2022 financial year that begins in April.