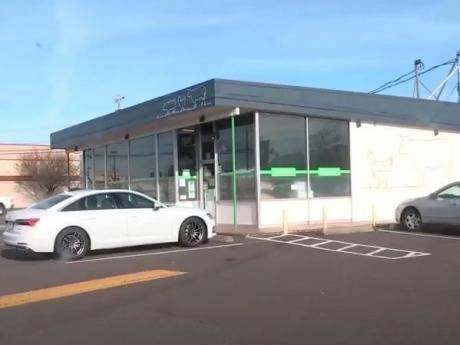 The woman’s car was stolen with the child inside in Beaverton; the thief brought back the boy, then drove off.

Beaverton, Oregon (AP) — A car thief who found a toddler in the backseat of a stolen vehicle drove back and chastised the mother for leaving the child unattended before taking off again, police in Oregon said.

The woman went into a grocery store about 15 feet (5 yards) from the car Saturday, leaving her 4-year-old child inside with the engine running and the vehicle unlocked, said Beaverton police spokesman Officer Matt Henderson.

A store employee told authorities the woman was in the market for a few minutes before someone began driving away with the SUV.

Once the thief realised the toddler was in the backseat, he drove back, berated the woman for leaving her child unattended, told the woman to take the child and drove away in the stolen vehicle.

“He actually lectured the mother for leaving the child in the car and threatened to call the police on her,” Henderson said.

Henderson said the woman did nothing wrong and was within sight and sound of the child. He said the incident served as a “good reminder to take extra precaution” with children.

“Obviously, we’re thankful he brought the little one back and had the decency to do that,” Henderson said.

The vehicle was found a few hours later in Portland but police are still searching for the thief. The suspect was said to be in his 20s or 30s with dark brown or black braided hair and a multi-colored face mask.

Police said anyone with information on the theft should contact the department.