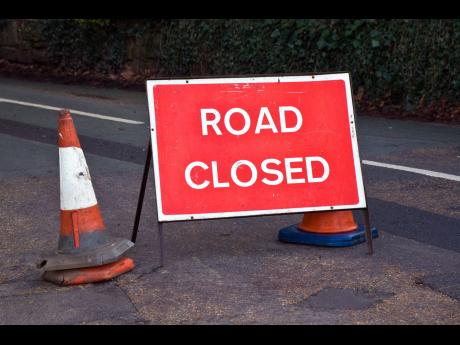 The National Works Agency (NWA), is reporting that the Sir John Golding Road, in St. Andrew has been closed temporarily to facilitate the completion of works on safety features along a section of the roadway which was recently reinstated.

According to NWA, work started over the weekend on the construction of a four foot high concrete block wall, which will separate pedestrians from a gabion retaining structure designed to hold the road embankment, which failed in 2017 following a major flood event.

The gabion wall stabilises a section of the banks of the Hope River, and drops to a depth of some 60 feet.

Motorists, earlier last week, started to once again use the road, which is a more direct route between the communities of August Town and Papine.

The roadway will remain closed for the next several days, during which motorists may use the alternative routes via Mona Road, Garden Boulevard and Hope Road when travelling between the affected communities.