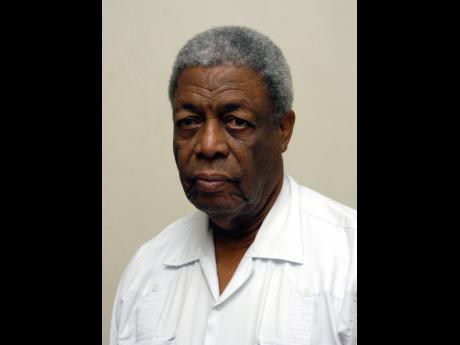 Ken Allen, a former editor-in-chief of The Gleaner, died at the University Hospital of the West Indies on Sunday after a long ailment. He was 87.

The Cornwall College alumnus, who started out writing for a college newspaper, cut his teeth on the streets and climbed the rungs to take the editorial helm of one of the Western Hemisphere's most vintage newspapers. Allen first worked as a subeditor before being dispatched to the streets as a reporter to cover a wide range of subjects, including crime, court, Parliament, and politics.

Allen was appointed as editor-in-chief in 1992 and served in the post for two years before going off on early retirement.

Garfield Grandison, who came under the tutelage of Allen in his own rise from rural correspondent to editor-in-chief of The Gleaner, lauded the late journalist as one of the best produced in Jamaica and the Caribbean.

"Ken Allen contributed tremendously to the development and advancement of the profession. He provided training and guidance to many," said Grandison, who is now general manager of the multimedia company.

Wyvolyn Gager, who succeeded Allen as editor-in-chief at The Old Lady of North Street, a historic first, cast him as one of the most decent persons she has ever met.

"When I took over from him, he was very supportive, fair, and helpful. He was a man of integrity," said Gager, who is happy that she was able to visit him in 2020.

Allen was inducted into the Order of Distinction, Commander class, in 1988. In 2002, half a century after his baptism into the profession, he was honoured by the Press Association of Jamaica for "outstanding service to Jamaican journalism".