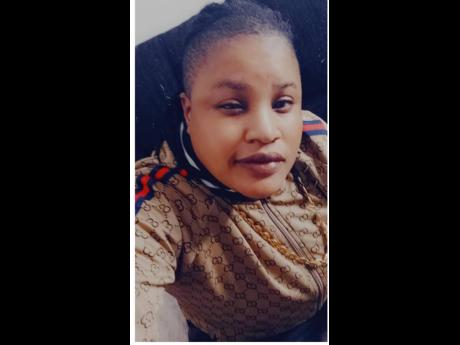 Roxanne Graham is used to receiving warm greetings whenever she goes to Montego Bay, St James, but she said that things are different these days.

According to Graham, people now look at her as if they have seen a ghost. She thinks this is because someone had falsely made a post on social media that she had died.

"Right now, people a run from mi and a bawl out in the town and a ask if mi nuh dead. People a walk up and a ask if them can touch mi to see if mi real or if mi is a ghost. I am a chef and mi lost most a mi customers dem since last week because people naah call and order anymore because dem hear say mi dead, suh mi just waah dem know say mi alive and well," Graham said.

The woman told THE STAR that her ordeal began on February 6 when the posting appeared on social media, but surmises that it came about after she met someone online.

"I am not sure if it was a jealousy thing or what, but someone created a fake page and put that I was dead and put up my picture, and everything just start go wrong after that. Mi can't walk in peace. Mi picture deh inna all type a group a send round say mi dead and everybody believe," she said.

Graham, who burst into tears during the interview, said that she fainted when a friend first informed her that news was circulating of her death.

"When I saw the post for the first time, mi faint. When mi fren tell mi say everyone a comment say mi dead and people a send dem condolences, mi drop dung same time. I was in shock. I cried uncontrollably, and I still cry about it," she said.

She said her family members, especially her parents, were distressed as a result of the publication as well as the fact that many persons had become aware that she is a lesbian.

"Mi know mi hurt mi family and mi really wah tell dem sorry. Mi father call mi and ask mi about it and say him always a tell mi to leave mi gay lifestyle behind. Even family members who didn't know that I was a lesbian know now, and I feel like I have let down everyone. Mi come from a good household. Mi father work with the security forces and people a see the picture and a call him and send condolences, so it a stress him out," she said.

Graham said she has not reported the matter to the police as she does not believe she will be taken seriously because of her sexuality.