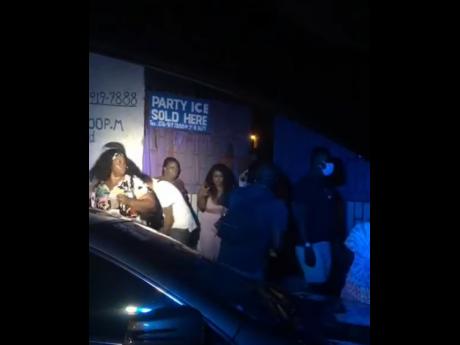 A screenshot of a video posted on social media by the Jamaican Constabulary Force (JCF), shows several mask-less patrons leaving the venue.

A party that was being held at a location on Slipe Road in Kingston, had to be shut down by cops on Wednesday night.

Police reports are that patrons were ordered to disperse from the location, while the promoter was warned for prosecution under the Noise Abatement Act.

In a video posted by the Jamaica Constabulary Force on social media, several patrons could be seen mask-less exiting the venue.

According to the JCF, once a citizen complies with police instructions, they cannot be prosecuted under the Disaster Risk Management Act.

On Wednesday the Government announced an extension of the 8 p.m. nightly curfew to March 1, and an extension on the limit of only 10 persons allowed at public gatherings.