Watchi Pums is a legend 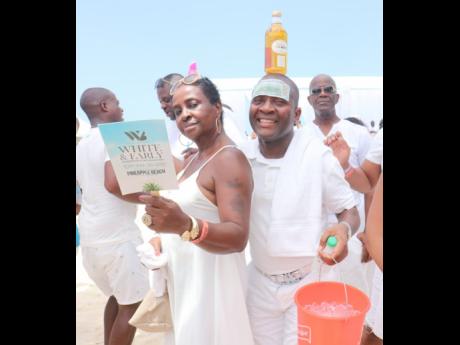 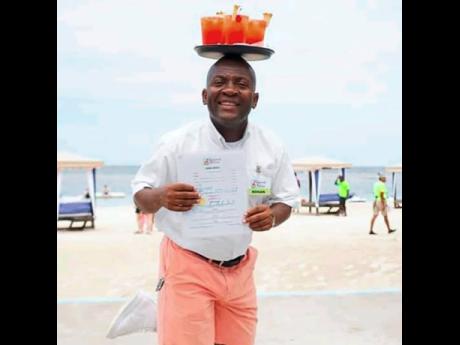 Watchi Pums is skilled at balancing drinks on his head. 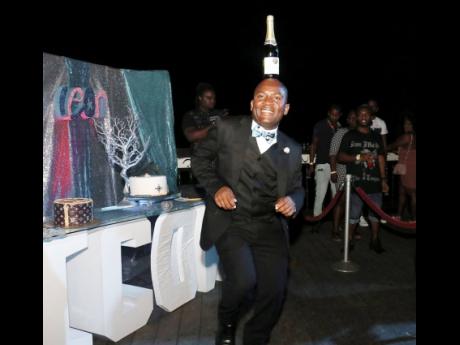 Rohan Younger has been reflecting on the impact COVID-19 has had on his job in the entertainment sector, where he works as an unofficial party butler.

"Nothing is going on now. COVID make my career put on pause right now because them lock down the party them," said the charismatic Younger, known throughout Montego Bay, St James, as Watchi Pums.

The entertainment industry was placed under lockdown shortly after Jamaica recorded its first case of the novel coronavirus last year. This, coupled with the fact that the tourism sector, another area of the economy that Watchi Pums depends on, has slowed significantly also due to COVID.

"Since last year, everything quiet down. It really rough right now so I have to rely on savings," he told THE WEEKEND STAR, adding that he has been doing odd jobs in order to help stay afloat.

"I am a jack of all trades. I will do housecleaning for my friends. I will get a lady and she does the cleaning and I do the windows, sweeping and wiping. Mi nuh shame a no work, I am a real butler," Watchi Pums said.

Before the pandemic though, Watchi Pums was the life of the party wherever he went in St James. The party butler has been hired and invited to some of the biggest events hosted by some of the entertainment giants. The captivating Watchi Pums says his name did not come about because of him playing any peeping Tom role or doing anything sinister.

"It was one of mi co-worker who now lives in Canada gave me the name. I use to clean the woman bathroom so him give me that name. I am always in the ladies' bathroom," he chuckled. "The name give me a big break and my style make me get famous. Everybody loves the name and always asking me about it."

Watchi Pums told THE WEEKEND STAR that his engagement with the entertainment scene began with him picking up bottles at events.

"At age 23, Pier 1 was the first place that buss me and give me a work to pick up bottles. I became an unofficial waiter, then unofficial bartender, and then to where mi reach now. I have been doing this business for over 20 years," he said. "Mi watch and learn what the bartenders and waiters do, and from then mi invent my own style. I would practise to put liquor bottles on my head and serve people from there."

A happily married man for 21 years, and a father of three, Watchie Pums has not only mastered his craft but has elegantly written his name on the white-sand beaches in Montego Bay as a talented entertainer.

"I am a living legend. The style that I come with, everybody just love it. The promoters know I draw crowd and help them make more money for their event. When I go to a party, I know who the celebrities are and who will buy liquor. I will put the bottle on my head and serve them, and is from there I became a celebrity myself. My style is different from everybody, mi invent my own style, celebrity style.

"Mi a mi own boss, people just see me and say 'Watchi, mi want you come mash up mi event'. When mi go around celebrities, I make them laugh and spend their money. I treat them like a VIP. I serve champagne from my head so my style is different. Ne-Yo hired me at a family event to serve his family and friends. All the celebrities treat me good," he said.