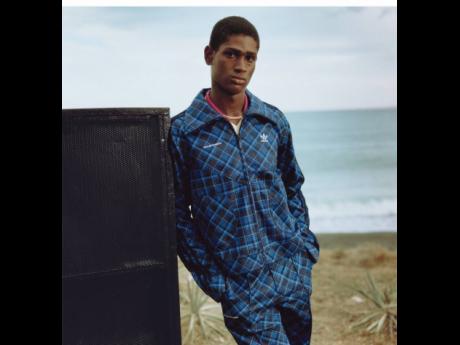 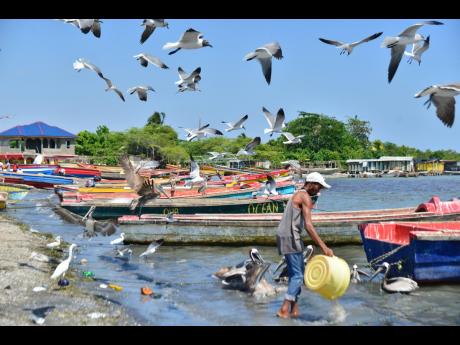 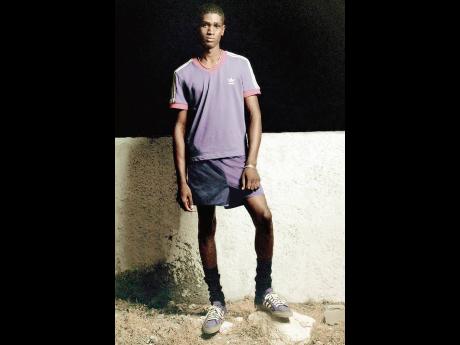 The exciting new co-branded collection, which, according to its British-Jamaican designer Grace Wales Bonner was inspired by the early 1980s origination of dancehall music on the rock, features updated versions of the classic Adidas Nizza and Samba sneakers, as well as tracksuits, mesh and check prints, tee shirts, and shorts.

"It feels mind-blowing to see my face being part of such an amazing campaign," he told THE STAR in an exclusive interview.

"What was even a greater satisfaction for me is that it was shot right here in Jamaica, and that the entire world gets to see two big brands like Adidas and Wales Bonner showing off their latest collaboration and using Jamaican models," he excitedly pointed out.

Henderson is one of four SAINT models in the new worldwide campaign, which was photographed by Jeano Edwards locally at a number of locations, including Caymanas Park in St Catherine and Bull Bay, St Andrew. His compatriots Winston Lawrence, Tash O'Geare and Selah McHail also star in the fashion campaign's stunning imagery.

Henderson was discovered in 2016 by SAINT CEO Deiwght Peters on one of the celebrated model-maker's school searches at Cumberland High in Portmore, St Catherine. He remembers being intrigued when he was singled out and told he had significant model prospects.

"At the time, like every new thing I do, I wanted to get to know the industry first, so I was not hesitant but more curious," Henderson said.

Just a year later, the then-17-year-old Henderson's model potential was realised and he was on a flight to Paris, along with seven other SAINT models, who were all directly booked by Peters from Jamaica for French luxury fashion house Balenciaga's runway show.

"Being able to fly on a plane for the very first time and going to Paris was unbelievable and sharing the moment with my SAINT brothers and sisters was very special to me, and the Balenciaga team treated me so well," he said.

Savouring the current euphoria of being in the Adidas/Wales global campaign, Henderson, who is brother to six siblings, is looking forward to what comes next in his international modelling career. He is signed to Soul Artist modelling agency in New York, Select Model Management in Paris, and Supa Models in both London and Milan. Naturally, he's very eager to begin working for clients in these fashion capitals.

"I see myself becoming one of SAINT superstars and working with brands like Ralph Lauren, Dior, and Lanvin," he confidently projects.

As he patiently awaits another big fashion moment, Henderson revealed that he still heads out to sea with is 51-year-old fisherman father, Ralph. "When we do go out, I mostly leave the Old Harbour fishing beach around 1 a.m. and go out about 25 to 30 miles."

"We typically catch a variety of fish including snapper, parrot, grunt and Jack and sell it to my mother, Doneth, who operates a stall at the fishing village."