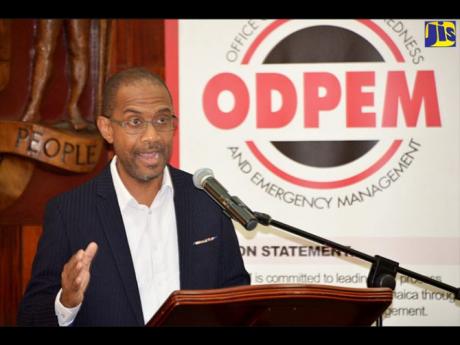 Director of the Meteorological Service Branch (Met Service), Evan Thompson, says the entity is ready and prepared to keep Jamaicans informed during the 2021 Atlantic Hurricane Season, which is expected to be active.

“We want to assure you that the information you receive from the Met Service will be of the highest quality and, of course, serves the best interest in keeping us informed at all times,” he said.

Thompson was speaking at the National Disaster Risk Management Council’s virtual meeting on Tuesday to mark the start of the hurricane season.

He noted that the forecast is for 13 to 20 tropical storms to develop, of which six to 10 could become hurricanes, with three to five developing into major hurricanes of category three, four or five.

Thompson is encouraging Jamaicans to take action to prepare for the hurricane season, which officially ends on November 30.

“Of course, the activity of a season does not indicate whether we should prepare ourselves. In a very active season, there is the possibility of us not being impacted, as was the case in 2020 or 2019,” he noted.

“However, we cannot take any comfort in that, because in a very inactive hurricane season, we could be hit by one hurricane that [causes significant damage] to Jamaica, and so we have to always be prepared regardless of the activity that is projected for a hurricane season. The main message is to be prepared,” he added.

Thompson pointed out that already “we have had one tropical cyclone, Ana, having developed and that has almost become a norm in recent years, where we are seeing at least one or two tropical cyclones developing prior to the official start of the hurricane season”.

Thompson informed that the Met Service will be conducting a simulation exercise within the first 15 days of the hurricane season as part of preparedness measures.