Specialised Operations Branch to be established in St James 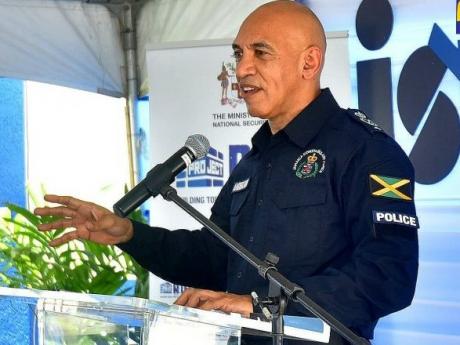 Commissioner of Police, Major General Antony Anderson, has informed that there are plans to establish a Specialised Operations branch in St James, to help curb crime and violence in the parish.

“Earlier on, that was part of the plan, it got interrupted because of COVID-19, but that has to come back on the table. It is the process of getting perhaps 200 to 250 specially trained police officers like [those] in Kingston…that can respond very rapidly to ongoing situations and locating them up in Montego Hills [in St James], right in the middle of the problem,” Anderson explained.

The Commissioner was addressing the official opening of the new Mount Salem Police Station, in St James, recently.

“The design and scope of that plan is one that allows for shared facilities with a community and creating a safe space for the community. As part of the development of St James and the security around that development, it’s really a critical component of it,” he outlined.

Meanwhile, Anderson also informed that some 254 police officers have graduated since April of this year, with 712 still in training.

“Our capacity to train police officers has tripled. We have moved from two to four training facilities over that (COVID-19) period.  Now we can turn out police officers at a much faster rate,” he said.

“These police officers that we are turning out are not ‘boots on the ground’. It is a term that has been used for some time to describe our police officers. That is not what [we] are producing; what [we] are producing are young Jamaicans who are professional law enforcement officers, who are highly trained, adaptable, who can deal with a domestic situation, can help somebody to cross the road or they can face danger and violence, and respond to all those circumstances appropriately. That is what [we] are doing and that is what we need, not just numbers,” Anderson argued.

The Mount Salem Police Station was officially opened by Prime Minister Andrew Holness. The project was funded by the European Union (EU) at a cost of $ 47.6 million and undertaken by the Jamaica Social Investment Fund (JSIF), under its Poverty Reduction Programme (PRP).

Construction was undertaken as part of the build phase of the Zone of Special Operations (ZOSO), now in place in the community.

It was also done as part of the Ministry of National Security’s Rebuild, Overhaul and Construct (ROC) project, which involves the rebuilding, renovating and retrofitting of police facilities across the island.

The new police station will benefit some 22,000 residents in and around Mount Salem.