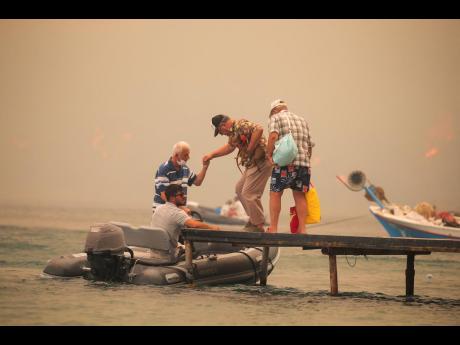 Tourists being evacuated from smoke-engulfed Mazi area as wildfires rolled down the hill towards the seashore in Bodrum, Mugla, Turkey. 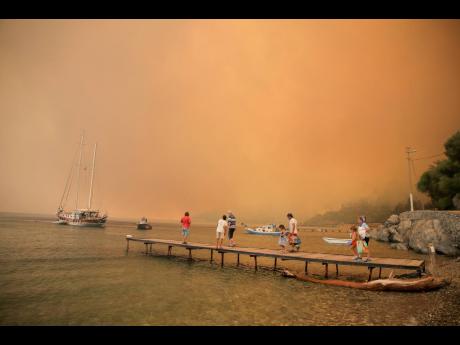 Tourists wait to be evacuated from the smoke-engulfed Mazi area as wildfires rolled down the hill towards the seashore.
1
2

Wildfires raged on Sunday near Turkey's holiday beach destinations of Antalya and Mugla as the discovery of more bodies caused the death toll to rise to eight. Residents and tourists fled the danger in small boats, while the coast guard and two navy ships waited out at sea in case a bigger evacuation was needed.

Authorities warned tourists and residents to keep evacuating Turunc, a town in the seaside resort of Marmaris in Mugla province. Fires enveloped the area and strong winds made firefighting efforts more difficult. A helicopter attempted to extinguish the blazes, which were unreachable by land.

As residents of villages around Marmaris pleaded for more help on social media, people boarded small boats carrying suitcases. Others waited anxiously to see if the fire would come down to the shore.

The health minister, Fahrettin Koca, said at least 27 people affected by the fires were still receiving treatment in hospitals, while hundreds of others had been released.

Panic-stricken tourists were evacuated on Saturday from hotels in Bodrum as a fire rolled down the hill towards the seashore, including some 100 Russian tourists.