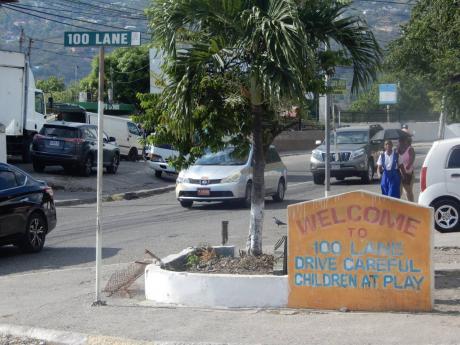 The entrance to 100 Lane, a gritty community on Red Hills Road in St Andrew. 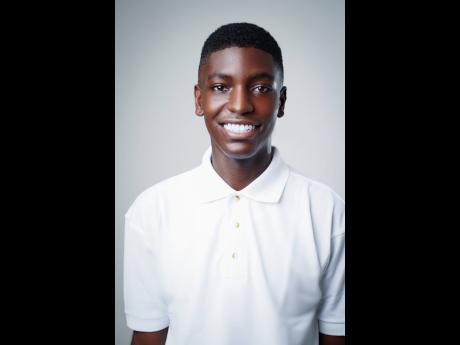 For Keniel Peart, having access to a Nokia 3310 cellphone from an early age helped shape his appreciation for artificial intelligence, popularly known as AI.

Peart shared that playing games on the phone, piqued his interest in how systems and software operations worked. In 2014, he made the conscious decision to pursue his undergraduate studies in computer science at The University of the West Indies and seven years later, he has been named one of 17 recipients of this year's Chevening scholarships.

Peart grew up in the gritty 100 Lane community, which is located off Red Hills Road in St Andrew. His family moved to Portmore, St Catherine, when he was five due to an increase in violent activities there.

"I've always been interested in artificial intelligence, from a very young age. You know the Nokia 3310 when you had the games on the phone, I didn't know what it was but I was so interested in the fact that when I moved an enemy, characters would move and try to attack me and then in high school, I realised and learned that 'Oh, this is something called artificial intelligence' and I was able to foster on that fascination I had as a child," he explained.

He gleefully shared that engaging in the art of artificial intelligence and computer science make him feel powerful as he works the gears of creating codes to run programmes. He said that while he was a student at Wolmer's High School for Boys, he conceptualised a computer code that was used in creating a calculator.

"That made me feel powerful and empowered to do a myriad of things," Peart said.

Currently, he is a software developer and scrum master with the National Commercial Bank, and told the news team that he had a burning desire to pursue his study area, to use it as a tool in the medical field. One of his career goals was to become a doctor, however, his fear of blood did not allow for him to go through. But he is focused on cancer research.

"When I come back to Jamaica and start doing research and building tools and software that can aid clinicians in the diagnosis and treatment of diseases. Particularly, I'm interested in cancer research, because it is really a disease we have been trying to battle for a while and also, it accounts for high mortality rate in Jamaicans, especially prostate and lung cancer. So there are new studies and research out right now talking about how AI (artificial intelligence) can be used to detect the malignant cells from a scan of the person's hand or wherever it is, and then that can be used to determine if it is cancer or not cancer. The clinicians can be better informed to have that conversation or know what treatment will possibly work on that patient," Peart told THE STAR.

Boasting as a fashion and portrait photographer, Peart is a Saint International model as well as a volunteer with the Royal Optimist Club of Kingston.

Since the launch of the Chevening programme in Jamaica in 1984, Peart is the first Jamaican to be exploring the area of artificial intelligence and has found great delight in his latest accomplishment.