Many poor students still without tablets 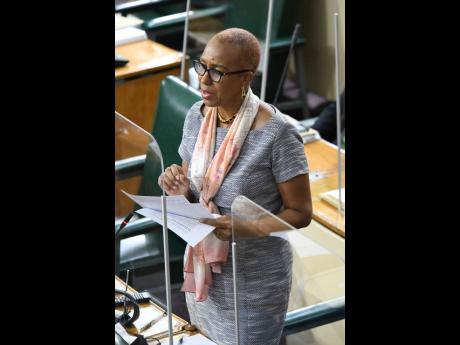 An opposition lawmaker yesterday called on the Government to consider utilising emergency procurement procedures in a bid to get tablet computers in the hands of children of poor Jamaicans.

Education Minister Fayval Williams, speaking in the House of Representatives yesterday, said that procurement issues are holding up the delivery of the tablets. She said the devices could be in the country by next month.

Williams said that students in grades seven to nine have also been given tablets. She said that "there is still a gap" but did not indicate how many PATH students are yet to be given tablets.

In addition to the PATH students who are slated to get free tablets through the state, another 6,300 are to be distributed to needy students - 100 each per constituency. Williams said that procurement issues are to be blamed for the delay.

However, Julian Robinson, the member of parliament for St Andrew South East, said elected representatives are under tremendous pressure to purchase tablets for the children of the poor. He said that the Government should look at other options that could facilitate the timely delivery of the tablets.

"These kids are literally going to be left behind because they have no way of accessing education. ... If there was ever a time you need support for emergency procurement, I don't think any of us would object because this is a national priority. This is a crisis. Procurement can't be the reason why we can't get these tablets to these kids," Robinson said.

Williams said that the Government has distributed approximately 125,000 tablets and laptops to teachers and students with a special focus on students on PATH.