‘Paul Bogle would be doing things to uplift the place’ 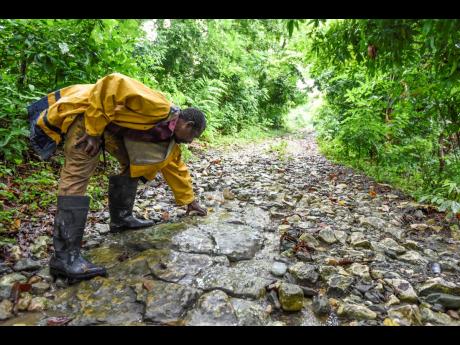 Ernest Williams points to the poor state of the roadway in the disappearing village of Stony Gut. 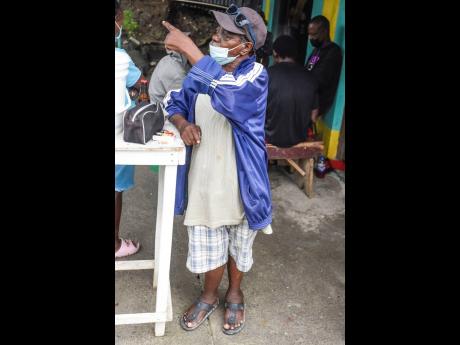 Donovan Edwards said that Spring Gardens has come a far way since the Paul Bogle rebellion.
1
2

It was Wednesday, October 6, less than a week to 'Paul Bogle day' - the unofficial designation for the anniversary of the 1865 Morant Bay Rebellion that changed the course of history in Jamaica.

A STAR team had journeyed to Spring Gardens in St Thomas, a community in which Stony Gut, the historically important village, is located. Bogle, one of Jamaica's national heroes, was born there in 1822, which is 16 years before slavery was abolished. Twenty-seven years after the abolition, he led the Morant Bay Rebellion for which he and hundreds of other fighters paid with their lives.

The pathway that leads to the historical site is most unremarkable. Overgrown vegetation provides shade for the rugged roadway that leads from Spring Gardens to Stony Gut, which is some five minutes away. There is a monument which marks the place Bogle's home stood. There are no houses, no schools, no churches, just a few concrete benches and fruit trees.

Lascelles Jenkins, who lives a few minutes away from where Bogle once called home, believes the area would be a lot more vibrant if the freedom fighter was alive.

"I believe Bogle would own a nice church because him was a church man. He would be doing things to uplift the place because that was what he was all about. Him would have businesses suh di youth dem could have work fi do. Di place would a more popular," he said.

"Is not Spring Gardens alone wah up upliftment, it's the entire St Thomas. As far as mi see it Bogle just fight and dead in vain. Is about 20 years mi see dem a have some little candlelight ting fi him but that nuh really make much sense. The youth dem want opportunity. Other than farming, there is not much to do here. No great improvement nah gwan," he said.

"Whole heap a board house deh round di place and if dem man deh did alive a bare mansion would deh here. Water and light would be on straight. Mi feel like a St Thomas would be the capital of Jamaica, but right now we barely on di map," she said.

Donovan Edwards, however, feels that strides have been made since Bogle led the fight for social justice.

"There is a lot more that can be done but I see people who are trying. If you should drive around the place, you would see people expanding on their houses and trying to improve their lives. I think Paul Bogle would be proud when he sees people with ambition working towards their goals. We can't just sit and complain every day, we have to go for what we want and some people are doing that," Edwards said.