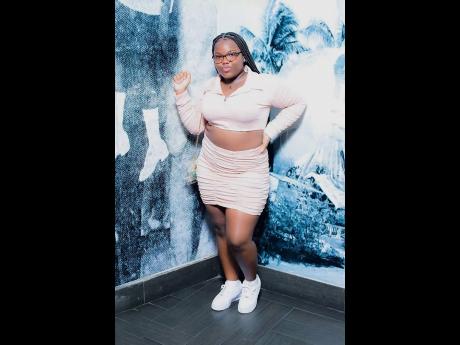 Excelsior High School student Kayschell Thompson was looking forward to celebrating her 15th birthday on October 30, and continuing her academic journey to realise her dream of becoming a heart surgeon.

However, Thompson, who was affectionately called Britney, died at the Kingston Public Hospital (KPH) on Sunday, six days after complaining of being continuously thirsty and having a pain in the throat.

The teen's shell-shocked mother, Kareen Douglas, was with her only daughter when she took her last breath. She said that her family is devastated as no one considered that Thompson, who was full of life, would die so suddenly and under such circumstances.

"Is her father only child. He is in pain, he cannot eat or sleep. He is hurting. Right now he take down one of her pictures and is wiping it off. I don't know how we are going to survive this. Mi baby death a puzzle everybody," she said.

Douglas told THE STAR that Thompson, who is from Seaview Gardens, St Andrew, began complaining of extreme thirst last Tuesday, and her situation did not improve despite the teen consuming lots of fluids. Two days later, Thompson was taken to a medical facility and was told by the doctor that she was dehydrated.

"He prescribed a tonic, antibiotics and some pills for pain, and he gave me another medication just in case she started vomiting. I bought the medication same time and he told me that if she was still suffering from dehydration I should take her to the hospital. I gave her fluids and she was drinking, but she kept saying she wanted more, so I decided to take her to the hospital," Douglas said.

Thompson spent Saturday night at KPH where she underwent a series of tests, which showed an infection on her lungs. Douglas said that the doctors told her that it could be treated with antibiotics. Douglas said that Thompson was texting and even asking for her father on Sunday. She was at her daughter's bedside when the doctors came to check on her. Nothing could prepare her for the devastating moments that lie ahead.

"When they began to check Britney, the doctors could not find any of her veins. She was conscious at the time, and they told me to rub her down so she could get calm, while they were searching for veins. She was even sitting up and then mi hear the doctor say, 'her belly', and then mi start ask how her belly so big. The doctor said they were wondering what was causing it because they were not detecting anything, except an infection on her lungs. I was rubbing her down and I don't know what happened after. My baby just died," a heartbroken Douglas said.

"I watched her take her last breath. I was rubbing her down to keep her calm," added to weeping mother, who said the doctors did everything to save her child.

Douglas said that the 14-year-old had no major health issues. She also said that her daughter tested negative for COVID-19 on three occasions. Douglas is hoping that the post-mortem will solve the mystery of Thompson's death and possibly help the family get closure.

"She was my best friend. She was my hands and feet and everything. When I get my partner draw, is she bank the money. She knows the PIN for my bank card. I don't even know my Wi-Fi code, is she know it. I don't know anything about myself, but if mi ask mi daughter she can tell mi about me. Whenever mi sell a day time, she tell mi to give her $1,000 so she can save it for me. She say it's for me to rally back on just in case I need it. She had her head on her body," Douglas said.