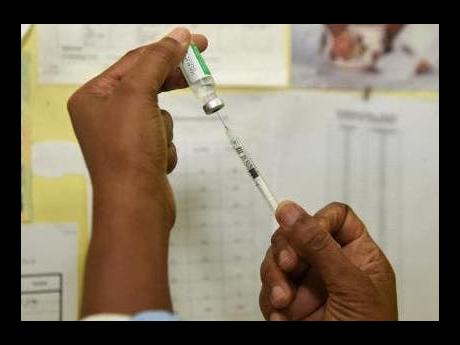 Mayor of Kingston, Senator Councillor Delroy Williams, is reporting that the vaccination of homeless persons in the Corporate Area has moved to 125, following an exercise on the weekend.

He said that 60 persons were inoculated on World Homeless Day on Sunday (October 10), at the Marie Atkins Shelter in downtown Kingston.

They add to the 65, who were vaccinated in August.

The Mayor was speaking at the monthly meeting of the Kingston and St. Andrew Municipal Corporation (KSAMC) on Tuesday, at the Jamaica Conference Centre.

He said that the vaccination exercise, organised by the Poor Relief Department in collaboration with the Ministry of Health and Wellness, was “a good effort”.

He encouraged those who were previously vaccinated to turn up for the second dose on Thursday, October 14.

Giving an update on the adult transitional facility being constructed on King Street, Mayor Williams reported that the first phase of the project is 95 per cent complete and the Corporation is looking to begin operating the centre by the end of the year.

He noted that “some additional features” will be added to the facility during the second phase.

The facility, being built at a cost of nearly $140 million, will offer temporary care to members of the homeless population in Kingston and St. Andrew.

It is also intended to facilitate their reintegration into the society through treatment and other interventions.

Mayor Williams informed that the Corporation is also spearheading a project to upgrade St. William Grant Park, noting that Maverley Park will also receive a facelift.

“The municipality has to ensure that its facilities, parks are maintained and upgraded to serve our residents,” he said.