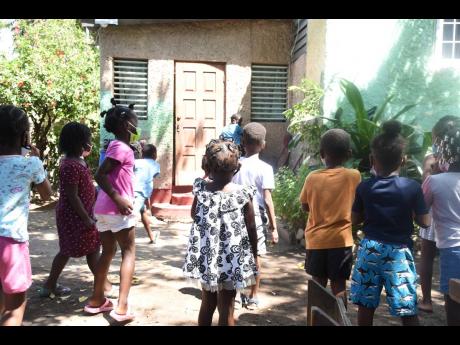 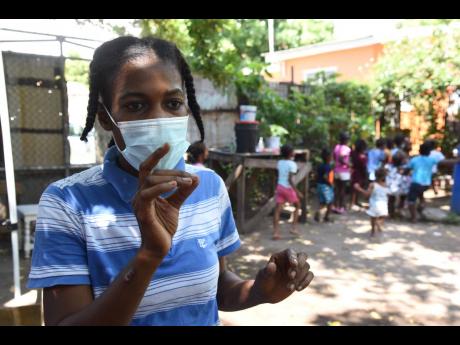 Nicole Williams explains how she has been teaching children from her yard in Greenwich Town, St Andrew since COVID-19 first forced the closure of schools in March 2020. 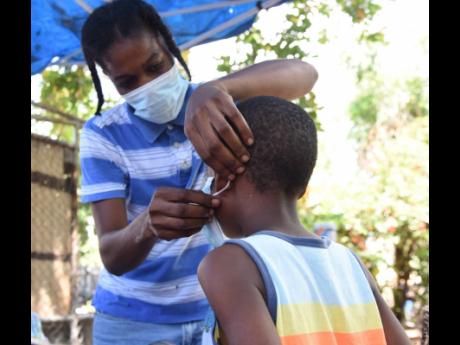 Williams ensures that the mask is properly secured on one of her students. 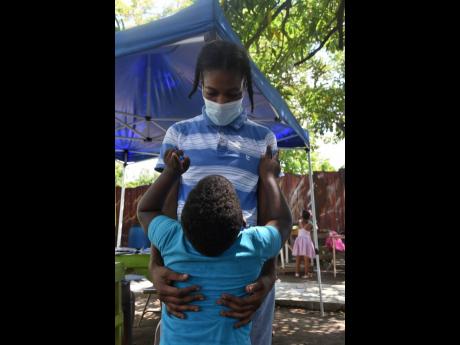 Williams tends to child who is in need of her attention during class on Wednesday.
1
2
3
4

Gleeful shouts of 'Aunty Nicky' greeted Nicole Williams as she placed a few masks on some of her students.

Since last year, Williams, who has level-one and level-two certification in early-childhood education, has been using her yard to teach children in her Greenwich Town, St Andrew community. Before the pandemic, Williams was making a living as a school bus driver, but lost her job after schools were closed in March 2020 after COVID-19 reached Jamaican shores.

When THE STAR interviewed her in February, she had 23 students whose ages range from two to 12. Currently, the numbers are the same, but she has over 12 children on her waiting list. She said she has only received positive feedback from the parents and guardians, who have recommended that she teach other students.

"When some of the kids came here, they didn't know how to hold a pencil or identify letters. Now they are spelling, and I can just write the work on the board and they do it," she said. Williams stated that after the article was published on February 22, she received donations from Jamaicans at home and abroad.

"For two weeks, I provided breaks and snacks for the children for free, because I had got assistance for them. I am really thankful for the persons who came on board after the first article was published and helped out. I got a few tablets, food kind, sanitisers, and so on. Someone even paid for Wi-Fi for a few months, and I want to say thank you all. Myself and the children really appreciate it," she said.

The education ministry has conceded that there has been significant learning loss among students since COVID-19 came to the island, and Williams said there is evidence of this in her own community. She wishes that she could help more children.

"I try to buy at least two chairs weekly, because the chairs I had before weren't mine and after the article came out, the person had asked that I rent them. So I just purchased some instead. It pains my heart to see the children," Williams added.

Several of Williams' students are already participating in Zoom classes, but she said she still pays attention to their studies and gives assistance where possible.

"Some of them still need help, as the pandemic has affected their learning," she said. "I love these children, and I am here from 8 a.m. to 6 p.m. daily. I am really pleased to see that they are doing well ... this shows that I am also improving on my teaching skills. Even when face-to-face classes begin, I will still do evening and Saturday classes."