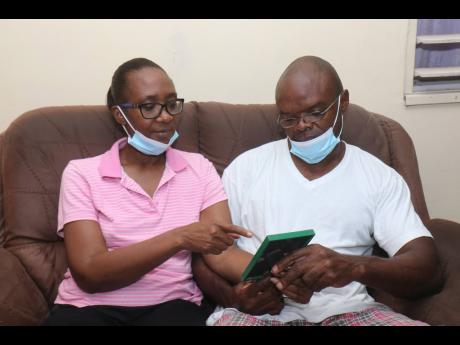 Glynis and Densil Grey, parents of Deneel Grey, are appealing to her to return home. 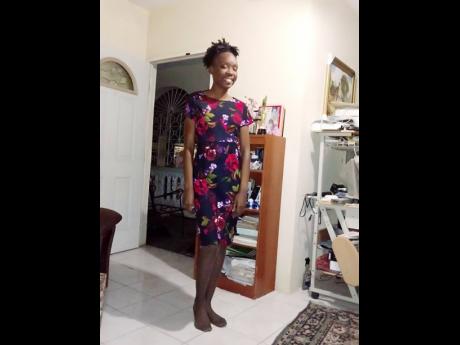 The decision by a budding lawyer to drop out of university and join a religious movement has left her parents in a state if bewilderment.

Deneel Grey, 22, having recently earned her bachelor's degree in law, was two years away from becoming a lawyer had she gone straight to law school.

However, on September 29, she broke the padlock on the grille to her house in St James and left to join the group, Following the Blueprint Ministry, which has a base in Portmore, St Catherine.

"I was led to it earlier this year and I was convicted by the Lord to stop school and to become a part of this ministry," Grey told members of the church congregation last Saturday. However, her parents, Densil and Glynis Grey, fear that their daughter may have been brainwashed.

"She became unruly and argumentative. She would look into space, isolate herself in her room, change her eating habits, her style of dressing, and began reading specific books," said her father.

Deneel 's parents said they tried desperately to find out what was happening in her life. They managed to access her cellphone and discovered text messages that left them worried.

"Now that you are accepted to Country Land, we will be sending a drive to pick you up and take you there," one of the messages read.

According to the Greys, prior to Deneel finally leaving home, she began going out during curfew hours, and fearing for her safety, they took away her house key.

"However, a few days later, after contemplation, we decided we will give her back the key because she isn't a prisoner, although I felt like I was living with a complete stranger," said Densil. Wilhelm Lecky, one of the leaders of the ministry, during last Saturday's worship session, said Deneel called him earlier this year and "expressed her conviction and her decision not to continue to go to school".

"I expressed to her as well where I am. I am closing up medical school, I am not going to work in a hospital, I am going to do the work of the Lord," Lecky said.

Lecky said that Deneel feared breaking the news to her parents.

"Mom and Dad I want to thank you for taking care of me all these years but I am leaving school to do the Lord's work," she reportedly told her parents.

Deneel's departure has devastated her family. Her mother was recently hospitalised for a short period and her younger sister is so badly traumatised that plans are in place for her to get therapy. They desparately want Deneel to come back into their lives.

"We love you unconditionally and we would like to know where you are," Glynis said, in a message she hopes will reach her daughter.

"Our door is always open for you. If you want me to pick you up just call me. No one can love you like us."

"What wouldn't I have given for you? I gave you my all and I just pray you will come to your senses quickly before this is too late," she added.

A missing person's report was filed with the police. Lecky said that Deneel has been taken to the police to prove that she is not missing. However, checks with the Corporate Communications Unit of the Jamaica Constabulary Force yesterday revealed that the 22-year-old is still missing.

It appears that Deneel has no intentions of returning home.

"I want to make it clear to the entire world that I am here under my own conviction. I was not under any duress, I am an adult and this is where the Lord would have me to be and by His grace this is where I am going to be," she said.