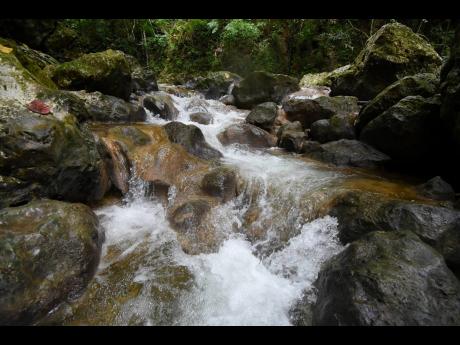 Ital River in Ham Walk where it is rumoured that any woman who swims in the water will have no problem conceiving a child. 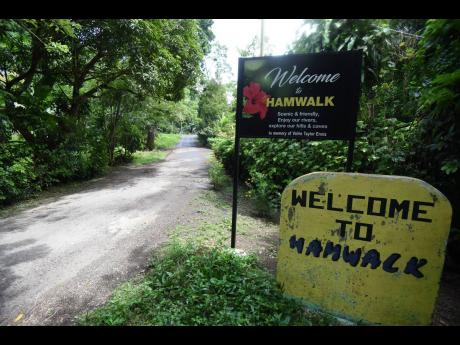 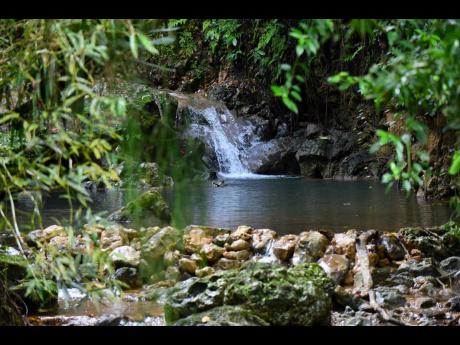 A section of the Ital River. 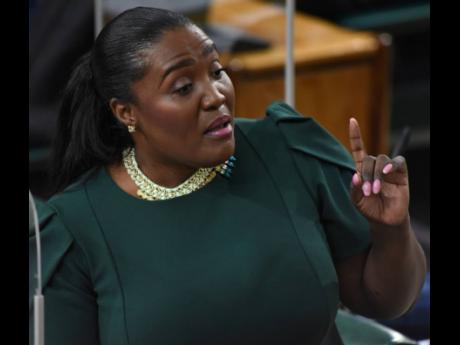 Member of Parliament for St Catherine North East, Kerensia Morrison, makes her contribution to the State of the Constituency Debates in parliament on Tuesday.
1
2
3
4

What should have been a 25-minute ride from Bog Walk into Ham Walk, St Catherine, turned out to be almost an hour long due to the pot hole-filled roads.

So bad are sections of the roads that it is best for one not to speak or chew in order to avoid biting their tongue.

Despite the rocky ride, it is hard to ignore the lovely rainforest. The air is crisp and the sound of the bamboos singing is soulful to the ears. When THE WEEKEND STAR visited Ham Walk yesterday, it appeared sleepy except for a few men who were having a drink at the front of a shop.

One of them stated that the district is usually this way on weekdays but on weekends and holidays, it livens up and attracts dozens of visitors. Their main attraction is a breathtaking river and waterfall the residents called 'Ital' or 'Dung a falling'. At the sitting of the House of Representatives on October 12, Member of Parliament for St Catherine North East, Kerensia Morrison, called the attraction the 'baby pool'.

"Folklore has it that anyone who goes into the water is blessed with a baby. Madam Speaker, I have been very careful not to enter the water. But Madam Speaker, (Transport) Minister (Robert) Montaque has assured me that he knows for a fact that there is some magic to that," she said, much to the amusement of her colleagues.

A resident told the news team that while the term 'baby pool' is new to him, the water attraction has its benefits.

"From you go in the water with yuh woman, yuh have to pegger (sexual intercourse) with her. The place have a nice waterfall suh all yuh have to do is use the water massage har back and dat ago turn her on and when yuh done, a straight peggering," he said between laughter.

His brethren chimed in that he is a father of eight but does not think that his offsprings came about because of their mothers visiting the river.

"I don't know about the baby-making party. I know that the place comes alive especially on weekends. Dem put light down there and fix up the place so more time people come from all Spanish Town and dem cook and keep party and just enjoy dem self," he said.

"Mi go a di river often and is six kids mi have but the river nuh have anything to do with it still. It's just a chill spot whe everybody go. If baby make dung deh is because dem a do tings in the water," another woman added.

The news team decided to take a trek to the river and although the water seems tempting, this reporter decided not to venture in just in case Morrison was correct about the folklore. The water rushing against the rocks gave a feeling of calm and relaxation.

The 'baby pool' is well kept with tarpaulin placed on the river banks to shelter persons from the sun and rain. The river is divided into three sections which is inclusive of the waterfall and a shallow section for those not adept at swimming. The area is perfect for a picnic, river bash or photoshoot and if properly promoted could be a perfect tourist attraction.