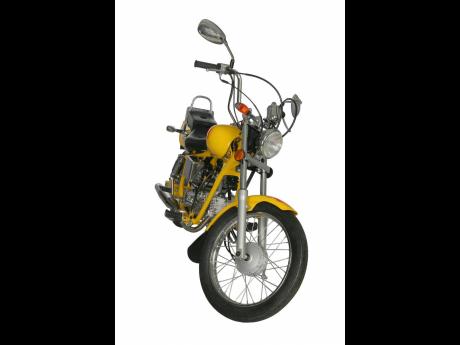 Tensor Benjamin, councillor for the division, who brought the issue to light, said that the robberies are mostly done at gunpoint. Benjamin said some of the bikers wear backpacks that are used by persons who deliver food in the ENDS programme.

"This is a worrying trend because residents are very concerned, part of the issue is that the victims of these robberies most of the times are not reporting them to the police," stated Benjamin. One resident, who declined to give her name citing security concerns, said she was recently robbed by men on motor bikes whom she thought were deliverymen.

"Two men rode up to me just as I got out of a taxi. They held me up, took all the cash I had on me, plus my cell phone and other personal items," the resident said, while acknowledging that she is afraid to report the matter fearing reprisal.

But Senior Superintendent Christopher Phillips of the St Catherine South Police Division told a general council meeting of the Portmore Municipality that he was not aware of this trend.

Phillips, however, revealed that the police have observed some challenges recently with bikers in the ENDS programme "being targeted in some communities" in Portmore.

"We want to alert them to be careful of the communities they go to do deliveries after hours. Some of these places are just not safe for them," he added.

Benjamin, who is calling for an increase in police patrols in the area, questioned whether the attacks on the bikers could be the result of angry residents taking out their frustrations on all bikers. But Phillips said he could not forge a link between the attacks and bikers who are allegedly carrying out these robberies.