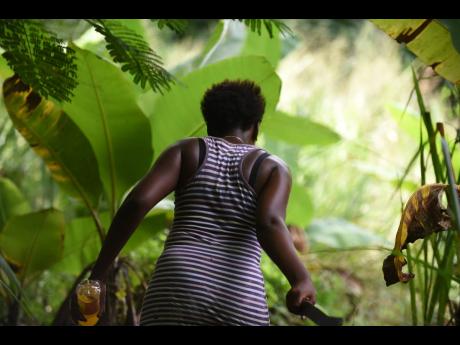 This woman cuts her way through the bush as residents went all out to find Winshae. 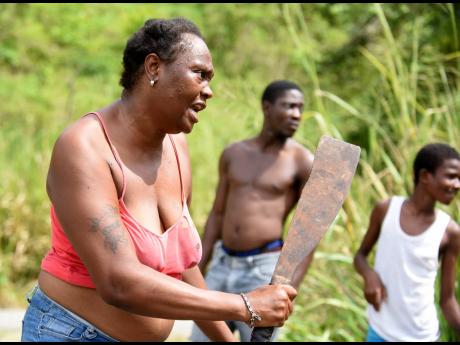 This woman was among many residents who have vowed to make Davian Bryan pay for abducting two girls from the Bath community. 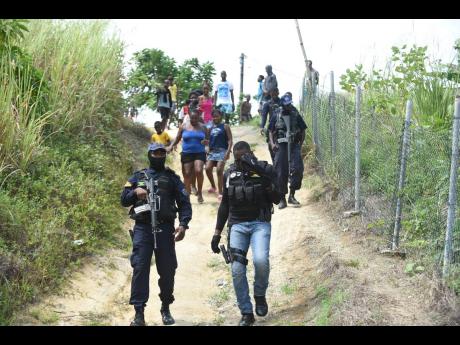 Residents and members of the Jamaica Constabulary Force search for Winshae Barrett. Their search was successful as the teen was found in the hills of Spring Bank. 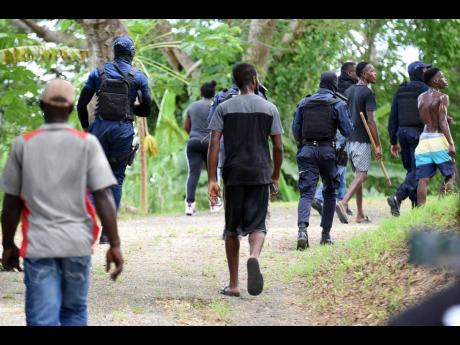 Now that Winshae has been found, residents are eager to find her alleged abductor who is still at large.
1
2
3
4

Sherene Hamilton was so dedicated to search for then abducted teenager Winshae Barrett, that she fainted twice because her blood sugar level got too low.

In her haste to assist, Hamilton forgot to eat breakfast before she left her home in Airy Castle, St Thomas. As she journeyed through the hilly terrains of Spring Bank in the parish. But that did not prevent her from continuing her journey. Although it was not her search party that found the abducted child, she was extremely elated when THE STAR spoke with her yesterday.

"Jeesas, mi glad dem find har. We came out very early and go up in di hills. We never eat anything because, honestly, the only thing that was on my mind was finding the little girl. Mi never did a think about anything else, mi did just want find di girl. Mi diabetic and because mi never eat by the time mi go over di hill, mi pass out two times and some gentleman give mi some jelly and mi revive," she said. Two of Hamilton's children, ages 16 and 19, were among the group that went in search of Winshae.

"Is four kids mi have and is sleepless nights we have since Thursday since di bwoy take way di first girl [nine-year-old Phylisa Prussia]. We come out every day and thanks be to God, we find har. Di prayer warrior dem pray and we just have to just keep on a give God di praise," she said.

Even after the welcoming news came that Winshae had been rescued, Hamilton and the group, which consisted of mostly women, did not put down their machetes. They said they are adamant about finding Davian Bryan, the suspected abductor, who is also believed to have kidnapped Phylisa last Thursday from her home in Bath in the parish. She was found on Saturday.

As Hamilton and her team searched through the bushes in Spring Bank, dozens of police officers and scores of residents scoured through the neighbouring community of Stokes Hall in search of Winshae, who they suspected was seeking refuge in the hills. The angry crowd stated that they were all about jungle justice.

"Right now mi nah leave mi chopper because a just one job it need fi do and is cut off da bwoy deh penis. Him clearly nuh want it so mi will get rid a it for him," a woman shouted.

In addition to sharpened machetes, the residents were also armed with stones, pieces of blocks and fishing guns. An irate female was also observed with a water gun as she searched through the bushes. Bryan is on bail in the Portland Circuit Court on firearm and other charges.