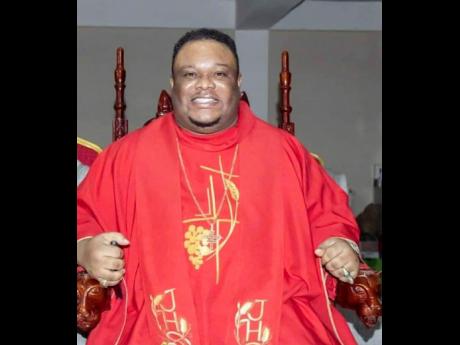 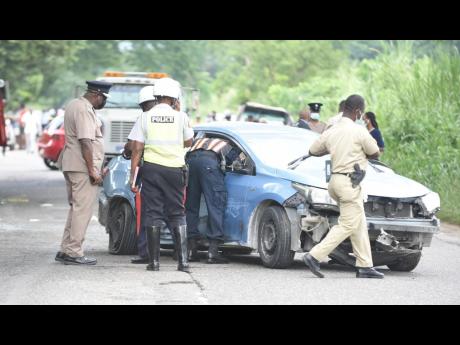 Kevin O Smith, the controversial leader of the Pathways International Kingdom Restoration Ministries, has succumed to injuries received in a car crash in Bog Walk, St Catherine this morning.

A policeman has also died. They were pronounced dead at hospital.

At least two other cops were injured in the crash.

Smith, who has been in police custody since last week Sunday was interviewed by police detectives in the presence of his attorney on Saturday.

The self-styled prophet, who uses the title ‘His Excellency’, along with members of his congregation, were arrested following what has been described as a blood-shedding ritual that claimed the lives of two persons.

Another person was shot and killed after he reportedly attacked the police who were called to the scene.

The controversial pastor grew up in Glengoffe, St Catherine and attended the Grateful Hill Primary School in the parish.

He later migrated to Canada before returning to Jamaica where he lived lavishly while operating his cult-like church at Norwood Avenue, Paradise in St James.