Cult pastor was convicted for sexual assault of man in Canada 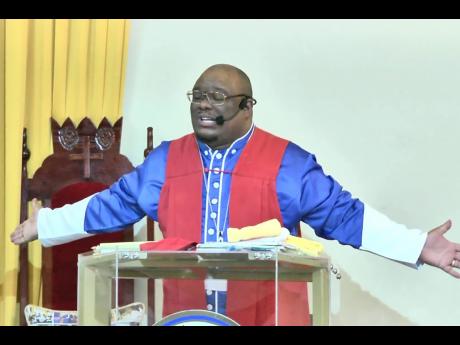 Kevin O. Smith, the deceased pastor of the Pathways International Kingston Restoration Ministries was convicted in Canada in 2007 for the sexual assault of a 21-year-old man, the police have confirmed.

However, Deputy Commissioner of Police Fitz Bailey could not immediately say whether Smith was deported to Jamaica.

Speaking earlier during the recording of the 'A Section', a current affairs podcast produced by The Gleaner, Director of Public Prosecutions (DPP) Paula Llewellyn said Smith's antecedent was a part of the case file for the deceased pastor.

Smith was convicted on November 5, 2007 on one count of assault and served six months in prison, the DPP said.

Probation orders for up to 10 years were also made.

Smith, 39, died yesterday in a car crash in Linstead, St Catherine while being escorted by the police to Kingston where he was expected to be charged for murder.

Two of his colleagues were seriously injured.

The DPP had intended to enter a voluntary bill of indictment that would have seen the case bypass the St James courts and tried in the Home Circuit Court in Kingston.

Smith was arrested, along with several of his congregants on October 17, after the police stormed his church during a ritual.

A third was shot dead during a confrontation with the police.

Smith was born in Glengoffe, St Catherine and migrated to Canada in 1993, three months after he started Jamaica College.

An aunt has said he started his ministry in Canada, married and later divorced before establishing himself in Jamaica when he returned in 2011.