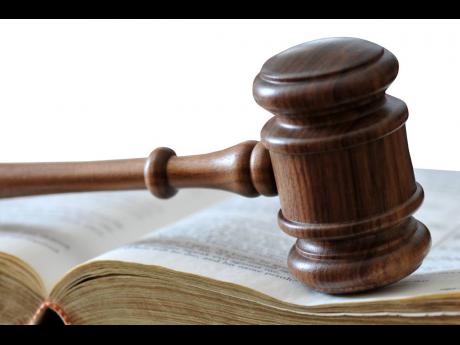 Five persons, including a former Corporate Area preparatory-school teacher, pleaded guilty to deceiving a financial institution in order to get a combined $12.5 million in loans.

The former teacher, Nadia Laing, is charged along with Kadian Russell, Glen Maylor, Patrick Wilson and Dwight Robinson on a 45-count indictment on charges of forgery, conspiracy to defraud, obtaining credit by fraud and uttering forged documents.

They were ordered to make restitution when they appeared in the Kingston and St Andrew Parish Court last Thursday.

It is reported that between December 2020 and September 2021, the loan agency received 25 applications, including requests for loans from Laing, Russell, Maylor, Wilson and Robinson. In support of the loan applications, the applicants presented job letters and salary slips purportedly obtained from the school.

The loans were approved and disbursed to each applicant's saving account of their financial institution. The loans were being serviced, but based on suspicious activities, the loan applications were reviewed. The loan agency found that only one of the five persons now before the court was an employee of the educational institution. It was revealed that job letters and salaries slips were forged.

After the accused were arraigned, Senior Parish Judge Lori-Ann Cole-Montague said that she was curious to know what the individuals did with the money.

The court heard that Laing used the money to pay rent, paid other loans and financed her daughter's college tuition. She was repaying her amount at $16,000 a month.

Russell was using the money he got as loan to repay other loans.

"The money should be [re]paid and not in the manner which the complainants have allowed. This court would not indicate that because if this court were to facilitate that, this matter would be here for four years. That is not justice. Now is the time, if they have a cow in the country, if they have land, they sell it because I am weighing very heavily whether or not these are persons who should be on bail. Let me reveal my mind, $12 million is a lot of money," the judge said.

The accused are to return to court on January 18, 2022 and were told by Cole-Montague to bring money to begin restitution.