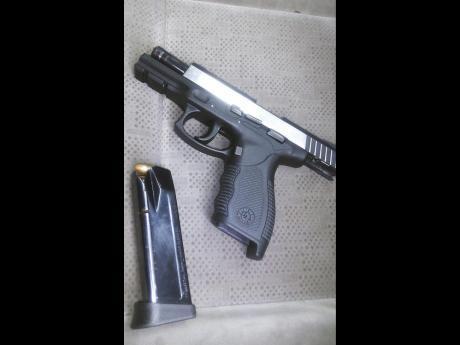 The police in St James this morning recovered an illegal gun and several rounds of ammunition in the community of Rose Heights community.

It is reported that about 6:00 a.m., police personnel were on mobile patrol when they observed a man allegedly throwing an object over a fence before fleeing.

Police say a search was carried out and the firearm, which turned out to be an Intratec 9mm pistol, was found alongside 11 rounds of ammunition.