Government to sell its JPS shares to locals 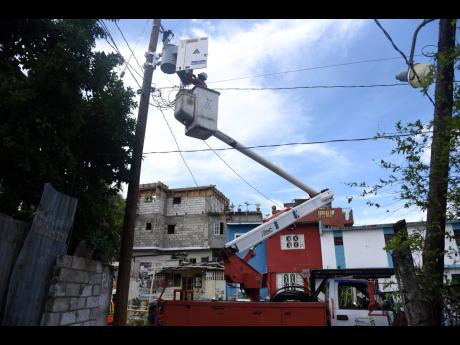 Jamaica Public Service is the main generator and sole distributor of electricity in Jamaica.

The Government is getting ready to sell its remaining stake in the Jamaica Public Service Company (JPS).

Minister of Finance and the Public Service Dr Nigel Clarke said that the JPS shares, as well as those of the Jamaica Mortgage Bank will be sold to locals during the 2022/23 fiscal year.

Clarke said that the Andrew Holness-led government has "made advances" to this end, and "I'm definitely expecting that in the next fiscal year, we will be able to launch [initial public offerings for] those two".

Clarke said that two additional public bodies are in the pipeline for privatisation.

"The Government remains absolutely committed to that policy [of] broadening the ownership base of the Jamaican economy [through the divestment of State assets]," he added.